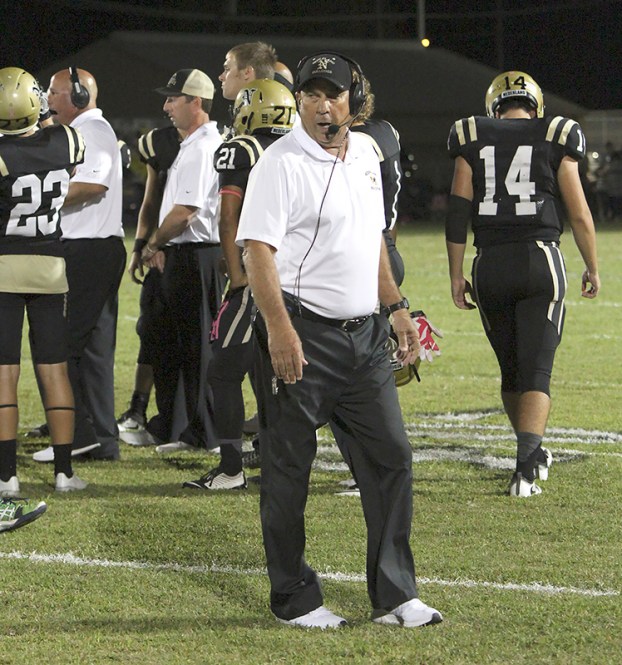 In another coach’s view: Harrison, Thompson react to Neumann’s retirement

Larry Neumann could be viewed as a legend on the local high school football scene.

He turned in a letter of retirement to the Nederland ISD on Monday after a well-decorated 24 seasons as the Bulldogs’ head football coach and athletic director. The retirement takes effect Jan. 31.

“Nederland is losing a very good football coach,” Port Arthur Memorial coach Kenny Harrison said Monday. “Just as I thought when he left Port Arthur, Port Arthur was losing a very good football coach. He’s done a tremendous job for the community of Nederland. I’ve admired the job he’s done over the years since I’ve been back here coaching. I admired him as a player in high school and the job he did at Thomas Jefferson High School.

“I think the coaching profession has lost a very good football coach and good mentor.”

Neumann, who became Nederland’s head coach in 1993 after more than a decade as an assistant at Thomas Jefferson, finished 186-93-1 with eight district championships (three outright) and seven 10-win seasons. His teams reached five state quarterfinals and made a state semifinal in 2001.

“I really think the game loses something in the Golden Triangle area when Larry Neumann goes to the house,” Thompson said Monday evening. “The kids in Nederland will really be — I don’t know what to say — short-changed, whoever comes in, and I don’t know, maybe the next man coming in is going to be great, but I know this about Larry Neumann — a man of solid character, man of good word, a great competitor, a friend of mine.”

West Orange-Stark has won 26 of 34 meetings with Nederland all-time, many of them being district contests, but Neumann’s terms earned six of Nederland’s eight wins in the series.

“I look at his staff, our staff, both staffs. We’ve had great relationships,” said Thompson, a 46-year coaching veteran who’s been WOS’ head coach the past six seasons. “When you lose a guy out of athletics in the Golden Triangle in that league, the Golden Triangle is really going to miss Larry Neumann. We’ve always maintained — since I’ve been at West Orange-Stark — our relationship either playing or scrimmaging.”

And those scrimmages were just like regular games, Thompson added. If the Mustangs weren’t on the Bulldogs’ regular-season schedule, Thompson and Neumann have agreed to compete in the preseason rehearsals.

“It’s about him and his staff. You had to coach for 48 minutes, no matter what the score was,” Thompson said. “That’s what I really enjoyed about our relationship with Nederland football.”

Harrison has been Memorial’s head coach since 2009 and led the Titans to a 42-12 win on Sept. 30 in the first meeting with the Bulldogs. But Harrison’s relationship with Neumann goes back to 1987, when he was a freshman at Jefferson and Neumann was a defensive coordinator.

If there’s one thing in common among Memorial, Nederland and WOS, the teams have a history of family involvement with the programs.

“I compare our programs with Nederland’s programs in that a lot of your fathers and cousins, uncles, nephews and brothers played in the football program at Nederland, just like at West Orange-Stark,” Thompson said. “Football is important, and one of the few places that’s left here in the Golden Triangle to where football is really important. I’m not trying to undermine anybody else’s program, but football is really important at the Nederlands and West Orange-Starks and Newtons, those places like that where you have staffs with longevity to where it’s been truly a family affair.

“We’ve had five starters the last three years where fathers have played at our program. A number of cousins, uncles and brothers. Same way at Nederland. The same names keep popping up every year. Nederland and West Orange-Stark are truly family affairs, as far as football is concerned.”