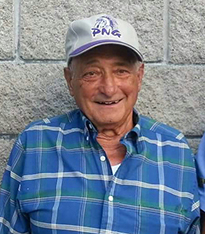 Jerald Dale Viator, 80, of Port Arthur, passed away Saturday, December 24, 2016, at The Medical Center of Southeast Texas after a short illness.

He is survived by his loving wife, Johnnie June (Broussard) Viator; sister, Barbara (Viator) Norwood; his daughters, Kelly (Chuck) Newman of Kingwood, and Jennifer (David) Nelson of Port Neches, and his son, John (Minnie) Viator of Groves; 7 grandchildren, 10 great-grandchildren, 1 great-great grandchild, and numerous nieces and nephews. Jerald was preceded in death by his parents and his son, Gregory Dale Viator.

Jerald had fond childhood memories of growing up in the country near New Iberia, La., and being raised by extended family during his parents’ extended illness. He will be remembered as a fun-loving man who always had a story to tell and never met a stranger. He was a loving husband, father, grandfather and a dear friend to many… “Your life was a blessing, your memory a treasure, you are loved beyond words, and missed beyond measure.”