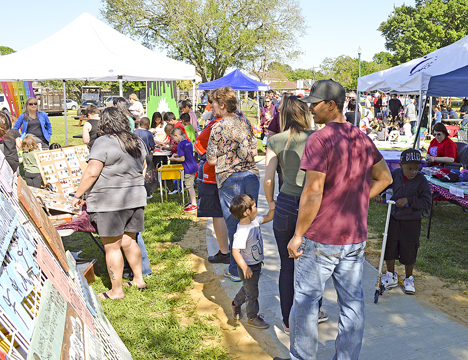 Crowds move along the sidewalks during Art in the Park in Doornbos Park. (Mary Meaux/The News)

Nederland: Looking back, and ahead

The city of Nederland has seen a number of goals and projects undertaken and completed in 2016 as well as several set for the coming year. 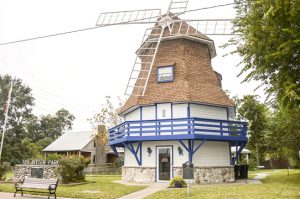 “2016 was a busy year for the city,” Chris Duque, city manager of Nederland, said. “A number of long-planned projects were addressed while maintaining one of the lowest tax rates in Jefferson County.”

The goal for fiscal year 2016-17 is to maintain one of the lowest municipal tax rates in Jefferson County at $0.594 per $100 assessed taxable value, according to Duque.

In addition, the city continued to provide $15,000 Homestead Tax Exemptions for the elderly and the disabled in 2016, and looks to continue that trend in 2017.

“The city continues to focus on the immediate needs of our citizens but also focuses on the long-term needs of the city,” Duque said.

The city completed street improvements in 2016 to address its transportation network in the amount of $900,000.

According to Duque, the city would seek a continuation of street improvements to better the transportation network in the amount of $1.4 million.

“We are committed to maintaining the momentum the city has developed over the past few years to improve public safety services, infrastructure and quality of life of our community,” Duque said.

In seeking better infrastructure, the city completed the Nederland Avenue study, which evaluated re-surfacing options, utility issues and aesthetics, and that provided an estimated cost.

“As we look toward the New Year, we realize there are still issues that we must address, and efforts that can be improved,” Duque said. “We are proud to serve our community and want to make the best Nederland possible.”

The city continued to provide events for the community such as Nederland Family Nights at the Pool, Art in the Park and the 4th of July Fireworks Extravaganza. 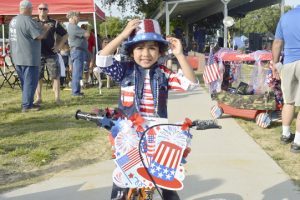 Aaron Jasani, 3, stops for a photo after the Bike and Wagon Parade at Doorknobs Park for the Nederland Fourth of July. (Mary Meaux/The News)

“As we look toward tomorrow, we must discover ways to focus on creating a future that will be more prosperous for Nederland,” Duque said.

In 2016, the city has completed repairs and improvements to its parks including repairs to the Doornbos Park walking trail and repairs to the Recreation Center gymnasium floor, as well as construction of the new Doornbos sundeck.

Installation of new dugouts at the Doornbos Park softball field with funds donated by the Nederland Rotary Club has also been completed.

“Years of investment — public and private, monetary and non-monetary, emotional and unemotional — have shaped our community and made Nederland a place one can be proud to live, visit or do business in,” Duque said.

According to Duque, the city seeks to complete repairs and improvements to Boston Avenue next year between Twin City Highway and 17th Street including repairing sinking brick pavers, re-painting the decorative light poles, adding ADA-compliant ramps and repairing transitions.

“It should be our goal to honor the history of our community and those investments made as we make the best Nederland possible,” Duque said.

The estranged wife of a Port Arthur police officer and the woman’s boyfriend has been arrested in connection to the... read more