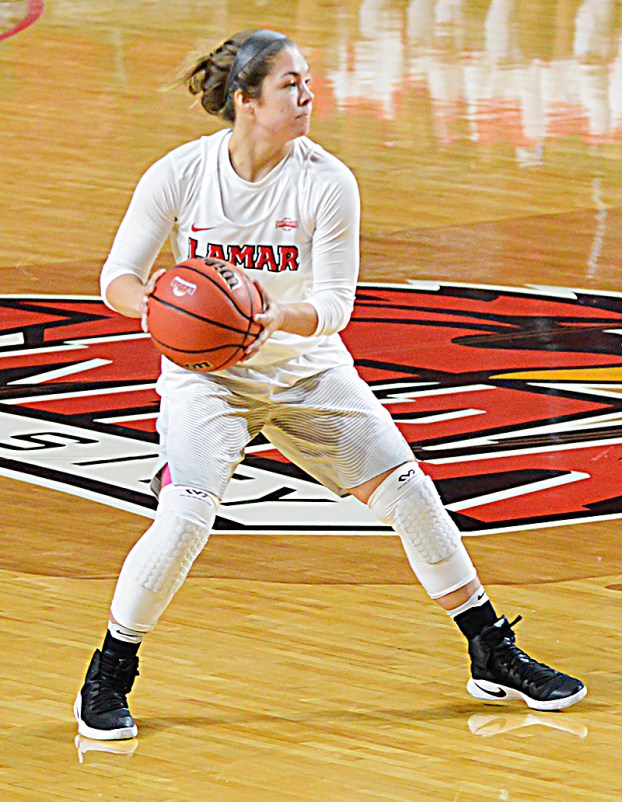 BEAUMONT — Lamar junior Baileigh O’Dell understands her No. 1 national ranking in three-point percentage can quickly evaporate, and she is OK with that fact.

O’Dell is shooting 61.8 percent from behind the arc after going 3 of 5 Tuesday against Loyola University Chicago. American’s Kaitlyn Lewis is second in the nation at 61.1.

This is a huge turnaround for O’Dell in three-point shooting from her sophomore year. She connected on 33 percent from behind the arc last season.

O’Dell came to Lamar from Claremore, Okla. It is about a 9-hour trip from her hometown to Beaumont, so some of her family cannot always make the trip.

Tuesday’s 76-50 win over Loyola was different. The family did make the trip and did not tell her beforehand.

“That shocked me,” O’Dell said. “I wasn’t expecting them here, but when I see them it makes me play that much harder and want to step it up for them.”

She said she does not go into a game worried about how well she is going to shoot behind the arc that night. She also isn’t going to let it bother her if she falls from the nation’s top spot.

“It is pretty awesome,” O’Dell said. “I can’t think about staying No. 1 but to my family and for them to be proud of that, that is what means the most. They are excited for me and I credit them.”

BEAUMONT — Lamar coach Robin Harmony knew there would be some rust shown in her Cardinals’ game against Loyola University... read more