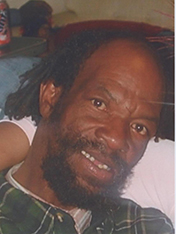 James Lee Jackson left his earthly home to be with his Lord and Savior on December 6, 2016 at his home. He was born August 24, 1949 in Charenton, LA to Willie and Frances Jackson, who preceded him in death.

He attended Lincoln High and Thomas Jefferson High Schools. James joined the United States Marine Corps in 1969, and he served during the Vietnam conflict. He was honorably discharged from the Marine Corps in 1971. He loved to fix fences and repair people’s homes.