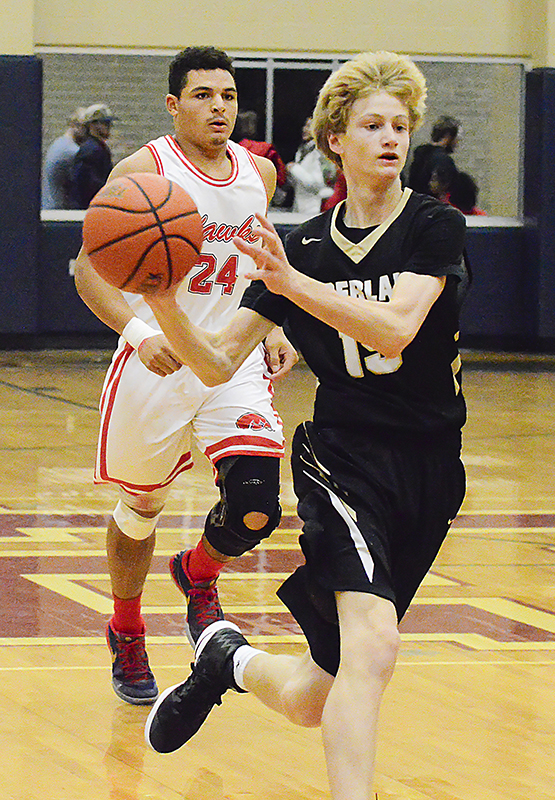 Jones and the Bulldogs played with it Saturday when Nederland defeated the Hardin-Jefferson Hawks 56-50 to win the tournament for the second time in three years. Nederland lost in the 2015 finals to Big Sandy, the same team the Bulldogs defeated two years ago in the championship game.

Nederland got to the championship by beating Longview 45-42 on a Hayden Hefner buzzer-beating jumper.

The Bulldogs (14-2) shrugged off a terrible first period that saw them score only four points and trail 10-4 heading into the second.

Jones then started to heat up with seven points in the frame and Reid Garrett knocked down a pair of three-pointers as Nederland tied the game at 22-22 at the half.

Jones finished with 20 points and was backed by nine points from all-tournament selection Kevin Howard and six each from Garrett and Cade Smith. Hefner, also selected to the all-tournament team, scored five and so did Jonathan Rayford and Logan Foster.

“The intensity of the defensive end,” Howard said of the difference between the first period and the final three. “It all starts there like coach says. If we play hard we can be pretty tough to beat.”

Jones stayed hot in the third with another six points in the period. The Bulldogs won the period 16-14 to take a 38-36 lead heading into the fourth.

The Hawks (12-4) tried to make things interesting in the final eight minutes with junior Jalen Sneed going for 10 of his 14 points in the fourth.

For every big shot the Hawks hit, the Bulldogs answered. Nederland got three-pointers from Smith, Logan Foster and Jonathan Foster to go with another five points from Jones.

The Bulldogs outscored the Hawks 18-14 in the fourth to make sure the Bulldogs won the tournament again after last year’s loss against Big Sandy.

“Last year was a disappointment,” Howard said. “We lost that one on the last play with a great team. This year we played hard every game and didn’t let bad moments in the games effect us.”