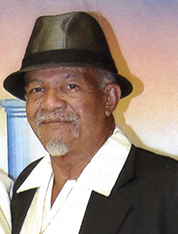 Joseph Ray Channell , was born in Port Arthur, Texas to Lue Bertha Williams and Silas Channell, Sr. on October 16, 1946. He passed away on December 4, 2016. He graduated from Lincoln High School Class of 1965. He was an veteran of the U.S. Army.

Funeral Services will be Monday, December 12, 2016 at 11:00am at Carter Chapel CME Church, Pastor Rodney Wooten officiating. Visitation will begin at 9:00am at the church. Interment will be immediately after ceremony, under the direction of Hannah Funeral Home.