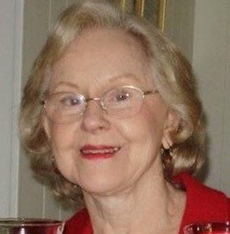 Phyllis Taylor Rand, a native of Port Arthur, died Sunday in Beaumont at age 84. She was member of the Class of 1950 at Thomas Jefferson high school where she was in the Red Hussars drum and bugle corps.

Phyllis was the daughter of Catherine Frensley and Darcey Pierce Faircloth and the beloved step-daughter of Scott B. (Bennie) Herrin. Also preceding her in death was her son, John Scott Eddy.

Between her years in Port Arthur and Beaumont, Phyllis resided in Bryan. She was secretary to the Texas A&M athletic director at one time and retired as office manager at Resources Research, Inc. She was a former member of the Golden Triangle Quilt Guild and an accomplished artist.

Survivors are her husband, Billy Tom Rand of Beaumont and her brothers and their wives, Ray and Bonnie Faircloth, Darcey and Cheryl Faircloth, and Terry and Sue Faircloth, all of Lufkin; stepchildren, Dianna Rand Farrar, Scott Rand, and Mark Rand provided countless hours of devoted care to Phyllis during her final illness.

Cherishing Phyllis more as an older sister than a first cousin are Nancy Singleton Williams of Beaumont; Barbara Travis DeVillier of Groves; Sue Travis Smith of Lake Limestone, and Marguerite Ciccosanti Weatherall and Woodrow Mabry, both of The Woodlands.

At Phyllis’ request, a private committal was held at Broussard’s Crematorium under the direction of Broussard’s, 1605 North Major Drive, Beaumont.

Marilyn Jones, 93, of Groves passed away on Sunday, November 13, 2016 at Medical Center of Southeast Texas. Marilyn was born on... read more