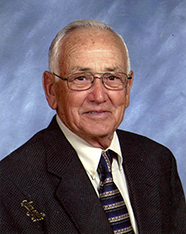 Raleigh Joseph Simon, 85, of Nederland, Texas passed away on October 24, 2016.   Raleigh was born on September 26, 1931 to Ethel Duhon Simon and Eddie Simon in Maurice, Louisiana and graduated from Abbeville, Louisiana in 1949.

He retired from Texaco Inc. in 1992, after 42 years as a maintenance supervision, where he built a reputation of admiration and respect by all who worked with him.

He was a member of St. Charles Catholic Church and served as a Eucharistic Minister, Lector, and in past years, as a Youth Advisor.  He was also a member of the Knights of Columbus, the ACTS retreat, and the Men’s Morning Rosary group.  He found great joy in his family, his 22 grandchildren and 30 great-grandchildren, loved spending time at his camp at Toledo Bend, working in his garden, and spent many years coaching Little League and Babe Ruth baseball.

He was preceded in death by his parents, his daughter, Kat Jacobs, an infant grandson, KJ “Bubba” Worthy, and his sister, Georgie Oltremari.

The family would like to give special thanks to Dad’s Harbor Hospice Angels, Adrienne Cooper, and Kathy Gohlke, and to his special loving sitters, Aimee Jacobs and Amy Cloud, for their loving care and concern they gave to our husband, dad, and grandpa,.

In lieu of flowers, memorial contributions may be made to Hughen Center at 2849 9th Avenue, Port Arthur, TX 77642.