Wrong bullet for the job: Experts critical of ammo school marshals required to use

Provisions of the Protection of Texas Children Act created a new subset of law enforcement officer called school marshals that will jump to action in the event of an armed attacker in a public school.

A school marshal is a volunteer position and can be a teacher, administrator, coach or other member of the faculty. This person will be covert — meaning their role is only known to the head school administrator and local law enforcement authorities.

Training will include mental health evaluation, active shooter and emergency situation training and firearms proficiency requirements, in each case, as developed by the Texas Commission on Law Enforcement Officer Standards and Education. The training standards will require 80 hours of classroom and stimulation modules, 10 times the amount currently required by Concealed Handgun License standards.

License renewal will be required every two years and would include mental health reevaluation, active shooter and emergency situation recertification and firearms proficiency training.

The school marshals will only be authorized in response to an active shooter or other immediate threat to human life on school grounds. Any firearm accessible to a school marshal will remain locked in a safe, within immediate reach of the school marshal, if he or she works in a classroom or in the direct presence of children.

The cost of training and certification will be paid by the school marshal, unless grant money is identified and directed for this purpose. These costs will not be paid for out of general state revenue.

School marshals will be required to use frangible ammunition, designed to disintegrate upon contact with hard surfaces, minimizing the risk of errant shots that ricochet or might otherwise go through an interior wall.

The school marshal program is not a state mandated program and districts can opt not to participate. 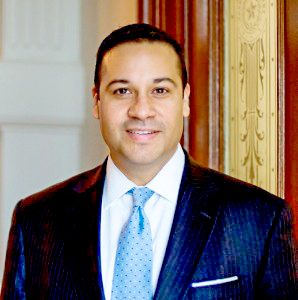 State Rep. Jason Villalba, R-Dallas, began his third term as a member of the Texas House of Representatives in January 2017 and serves House District 114 covering a large swatch of north Dallas.

He is a fourth-generation Texan, born in Dallas and the first in his family to graduate from college. He worked his way through Baylor University, where he studied economics and finance, then went on to receive his Juris Doctor from the University of Texas School of Law. He is a partner with the firm of Gardere Wynne Sewell LLP.

During frantic moments of an active shooter situation, one goal is on the minds of those responding: Stop the shooter.

“Active shooter events are always crazy, and the dynamics are totally unpredictable. This guy is already shooting. You’re there to stop the killing. You have wounded people scrambling for your help and you still hear gunshots going off,” Jefferson County Deputy Brian Sain, a sniper and SWAT team leader, said.

One of the worst fears of law enforcement is an active shooter on a school campus. The last thing they should have to worry about in such a situation is the ammunition in their firearms.

A special type of bullet called frangible ammunition is mandated by law as the only ammunition a school marshal can use.

“Say the school resource officer or school marshal chases the guy into the parking lot and there’s a shootout, if (the shooter’s) in or behind a car door, the ammo will not do the job,” Sain said. “It’s always a double-edged sword. If the shooter is in the school, the bullet can still go through him (and strike innocent bystanders).”

The reason is that frangible ammunition will disintegrate into dust if it strikes a hard, metal object of sufficient hardness and thickness, such as a steel target used in firearms training. This is commonly, and incorrectly, believed by many to imply the same thing will happen when impacting any rigid object. That’s one of the reasons the author of the Protection of Texas Children Act mandated that frangible ammunition be used.

The problem, according to Sain and a number of other experts, including the former head of the FBI Ballistic Research Facility, is that the ammunition will not disintegrate upon impact with most building materials or human flesh. In fact, it may travel farther and do more damage than standard law enforcement ammunition.

The Protection of Texas Children Act, passed in 2013 in response to the Sandy Hook school shooting, was written by Texas State Rep. Jason Villalba of Dallas.

Ashley Juergens, chief of staff for Rep. Villalba, said frangible ammunition was recommended to the representative’s office as the ammo that would cause the least amount of danger. She said the Texas Commission on Law Enforcement had a hand in some parts of the legislation, possibly the training requirements.

“The bullets in frangible ammo are known to grossly over penetrate soft tissue as in ‘if you want to shoot through the most people with one shot, frangible would be the go-to round,’” Boone said.

Boone said the ammunition portion of the law was intended to provide the greatest margin of safety to Texas schoolchildren in the event that a school marshal was required to use a firearm in their defense.

“Factually, regardless of the intent, the ammunition portion of the law, as written, provides the greatest chance of causing unintended injury to innocent children if a school marshal is required to use a firearm,” he said.

Bullets used by most law enforcement agencies in the U.S. are designed specifically to penetrate a known distance in human tissue, commonly 12 inches to 18 inches. This is done to ensure adequate penetration and reduce chances of over penetration.

One question raised by experts such as Sain and Boone is why not require the standard ammunition used by law enforcement?

Standard ammo is carried by peace officers every day on American streets and into American homes, Sain said.

“The use of sintered (and frangible) ammo is designed for target shooting at a steel target or for indoor firing ranges or other places where there’s a concern for lead contamination,” Sgt. Wade Parham, instructor for the Advanced Law Enforcement Rapid Response Training Program and law enforcement firearms instructor, said.

Parham has seen tests showing this type of ammo will pass though sheetrock or wall boards and not break apart.

Parham, who has 24 years of experience in the field, says there’s just not enough evidence to show frangible ammunition is safer when an officer faces a situation involving a shooter.

He said he also believes the legislators had good intentions when creating the act, but the issue regarding the ammunition wasn’t properly thought out. He said there is no scientific research to show it is the best choice.

Ken Alexander, an expert in the field of ammunition, has taught classes at the FBI Academy in Quantico and with the Secret Service in Beltsville, Md. He was instrumental in developing frangible ammunition and said the ammunition was created for practice, not defense.

There again lies the problem stated by other experts in the field — the safety of innocent bystanders near the terrorist or shooter during chaotic moments.

“This thing is really a shame, a tragedy. It appears people with the best intentions have done a disservice. They increased the possibility for students or other bystanders being injured or killed,” he said. “The general statement (ammo designed to disintegrate upon contact with hard surfaces reduces the risk of errant shots that ricochet or might otherwise go through an interior wall) gives the impression they like to minimize collateral damage, but they went 180 degrees in the wrong direction, because it can actually increase it,” he said. “Boy, do I hope they have open minds and not let pride stand in the way of making it right,” Alexander said.

Boone has conducted numerous tests of frangible ammunition at the FBI’s lab. During the demonstrations, two 12-inch to 18-inch ballistic gelatin blocks, representing human tissue, were used. With standard .40 caliber and 9mm handguns, he fired a frangible projectile into the two blocks of gel.

“I can’t recall a shot that failed to penetrate both blocks of gelatin and knock the ballistic panel down,” Boone said.

The ballistics expert offered his expertise in frangible ammunition to Rep. Villalba, who authored the act, to no avail, he said.

“Frankly, it really only works on gun ranges if it hits steel of sufficient hardness. If it’s drywall, the bullet is going right on through and keep on trucking. It can be dangerous to innocent people,” Boone said. “It was not intended to reduce the danger when the target is missed or if it hits a human being.”

Juergens said Rep. Villalba’s office will continue to monitor the bill, which can now be adopted by private schools and junior colleges.

PA Councilman wants residents to vote no to proposal