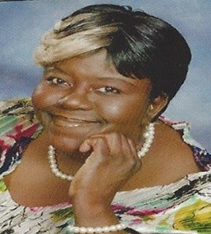 Bridgette Miles-Davis was born on February 1, 1959 in Port Arthur, Texas. Bridgette was the only child of the late Hillman and Muriel Berryhill. She transitioned to her heavenly home on Saturday, October 1, 2016.

Bridgette attended Lincoln High School and graduated with the class of 1977. She worked as a bus driver for Hotards Coach Services, and also employed by Care Point. Bridgette was a member of Eastern Star Baptist Church.

Funeral services for Bridgette Miles-Davis and Tamara Berryhill will be 11 a.m. Saturday, October 15, 2016 at Eastern Star Baptist Church with visitation from 9 a.m. until service time. Burial will follow in Live Oak Cemetery under the direction of Gabriel Funeral Home.

Tamara Muriel Berryhill Miles was born to Bridgette Bonita Miles-Davis and Bradford Miles Sr. on May 23, 1979 in Port... read more