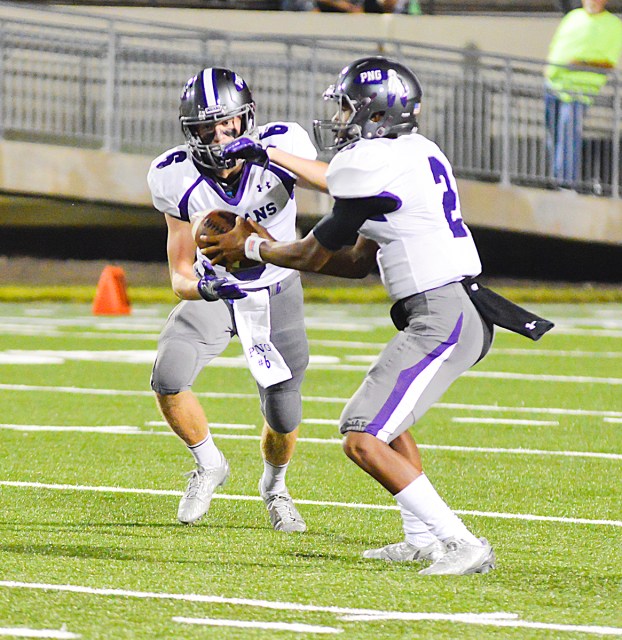 He wasn’t supposed to, though, for the Port Neches-Groves Indians this season. That job was going to go to senior Jace Runnels.

Hughes was going to be a wide receiver along with Preston Riggs, Keynel McZeal and Dylan McGough.

Runnels suffered a knee injury over the summer, and just like that Hughes was moved back to his normal position.

Hughes has not disappointed so far this season. He is third in District 22-5A with 726 yards on 89 carries, 8.16 yards per carry, with nine touchdowns.

PNG coach Brandon Faircloth never worried if Hughes could make an impact as a running back.

“He was a great player at Groves Middle School and has played running back his whole career,” Faircloth said. “He was our freshman running back and also last year on JV. He is a track kid and is really fast.

“We were going to slide him over at wide receiver, but then Jace suffered the unfortunate injury. So we decided to move Preston back over at running back.

The opportunity to get him the ball a lot has really worked out. He is a competitor, fast and smart.”

His work and relationship with sophomore quarterback Roschon Johnson has been one of the biggest reasons the Indians are undefeated heading into Friday’s game at Port Arthur Memorial.

The Titans are going to have to find a way to contain a play that has worked wonders for the Indians all season, the zone read.

The zone read has become a very popular play in every level of football over the last several years. A dual-threat quarterback takes the snap and puts the ball into the belly of the running back. The quarterback then reads the defense and either gives the ball to the back or takes the ball and runs it himself.

It is a play PNG has used many times this year with Johnson and Hughes, and it has worked great. Johnson himself has 494 yards on 69 carries with 12 touchdowns.

The reason for its success is the intelligence of both players and the relationship the two have formed on and off the field.

“Roschon is one of my best friends and we hang out outside of the football field,” Hughes said. “We are practically together almost every day and sometimes on the weekend. It has translated on the football field.”

The zone read has become a staple in the Indians offense this season.

“They have put in quite a few hours working on that play,” Faircloth said. “It has been a good play for us. The mesh point between those two is very important and they have spent a lot of time working on it and getting the reads right. They are a good team back there.”

Hughes now hopes the zone read play and the entire offensive playbook pays off Friday against the talented Memorial defense.

“This week is a big game for us,” Hughes said. “I know Memorial is practicing hard too. I am excited for this game. I really don’t know how to describe it. I am just ready for Friday.”

PEARLAND — A Lamar golf player earned medalist honors for the third time in as many tournaments as Mans Berglund... read more