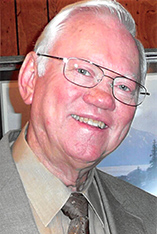 Visitation will be at Bridge City United Pentecostal Church prior to the service, beginning at 5:00 p.m.

Born in Leesville, Louisiana, on July 13, 1935, he was the son of Simon Andrew McKee and Ella Marie (Haymon) McKee. He retired as an operator from Star Enterprises in Port Arthur after 41 years of employment. Titus was a board member at First United Pentecostal Church in Orange for 20 years, where he was also the song leader for many years, before becoming a member of Bridge City United Pentecostal Church. He was a very talented musician who played piano, as well as tuning and restoring them. Titus also spent time as a Boy Scouts of America Scout Master for Troup 238. He will be greatly missed by all who knew and loved him.

He was preceded in death by his parents; his son, Titus McKee, Jr.; and his brother, Freemon McKee.