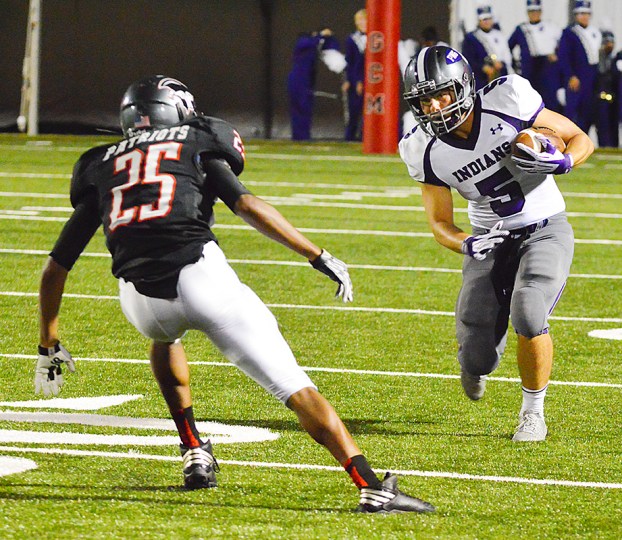 Indians not looking past Ganders

The results of the season so far prove it. The Indians are undefeated at 4-0 and ranked No. 19 by the Associated Press in Class 5A. PNG, most importantly, is 2-0 in District 22-5A before facing Baytown Lee at 7 p.m. tonight at Stallworth Stadium in Baytown.

While Faircloth knows his Indians are a good football team, he knows the Ganders (1-4, 0-3) are capable of pulling off an upset at any point.

“They are improving, just like everyone else,” Faircloth said. “Coach [David] Wilkinson is a great coach with a lot of success. I know he doesn’t like their results so far but I can promise you they have good players.”

All the signs point to the Indians becoming 3-0 in District 22-5A after tonight. The Ganders have lost four straight games by a combined score of 153-43. Lee started the season with a 16-14 win over Houston Westbury, which is now 1-4 on the year.

Lee’s offense ranks eight in District 22-5A with an average of 254.4 yards per game and the Ganders’ defense is seventh at 346.2 yards allowed per game.

“They can win games,” Faircloth said. “Just because they haven’t doesn’t mean they can’t. It is going to be a tough game. They will give us their best and that is a sign of a good coach.”

The Indians also get a look at the Slot-T offense for the first time this year. This comes a week after the PNG defense was focused on stopping a strong passing game put up by the Livingston Lions.

“The Slot-T is a challenge,” Faircloth said. “We have Lee and Vidor in back-to-back weeks. You have to switch your mindset and game plan. We have to have a great week of practice to have success Friday night.

Lee is going to have to slow down a PNG offense that has had success on both the ground and in the air.

Sophomore quarterback Roschon Johnson has thrown for 657 yards and ran for another 318 with a combined total of 20 touchdowns.

Senior receiver Keynel McZeal has 223 yards on 19 receptions with two touchdowns and junior receiver Preston Riggs has 346 yards on 17 catches and three scores.

Junior running back Preston Hughes is third in District 22-5A with 556 yards on 68 carries to go with six touchdowns.

Even with all those numbers, Faircloth does not put too much concern into past success or failures.

Angelle wants to prove his worth

What Division I colleges could be missing in De’Andre Angelle has been Kenny Harrison’s gain. Angelle has four scholarship offers.... read more