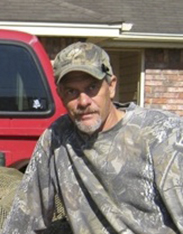 Robert George Toups, III was a resident of Silsbee, Texas. He passed away unexpectedly at age 56, while preparing for water fowl season, one of his favorite past times at Taylor’s Bayou in Port Acres, TX. He also had a great love for football, family barbeques, and loved his children the most. He was the son of Robert George Toups, Jr. and Dorothy Mier Toups.

In Roberts earlier years, he graduated from Lamar Institute of Technology and later began his career in instrumentation with Helena Labs. He ended his career with National Oilwell Varco where he dedicated his time and knowledge to making production as efficient as possible

During his childhood years in Port Acres, TX; he played little league baseball as well as football at Stephen F. Austin High School. Robert was an avid outdoors man, who started waterfowl hunting and fishing at the age of 8 with his father. He was a devoted father to his two children Erik and Brooke Toups. Robert and his children always enjoyed family traditions.

He was preceded in death by his father, Robert Toups Jr. and his brother, Gary Toups.

He was survived by his two children, Erik Toups and Brooke Toups; his mother, Dorothy Mier Toups; his siblings, Carol Shannon Toups, and Brenda Toups.

Robert is respected and appreciated by many loving family and friends. He had a generous and caring spirit that brought peace and happiness to those who knew him. He will be missed by many. We will always remember the good times each of us shared with him. Truly was a great man. We will always remember him and never forget the impact he made on those that had the opportunity of getting to know him.