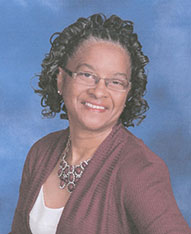 Shirley Marie Levine-Brown, 65, of Port Arthur, Texas departed this life on Friday, September 16, 2016 at her home surrounded by family. Shirley was born January 24, 1951 to Hervis and Mary Ann Levine. She was a resident of Port Arthur for 65 years, where she worked for Walmart for 20 years as an overnight stocker. She was a proud member of Christian Faith Missionary Baptist church where she served as a greeter and was on the usher board. Shirley was a graduate of Lincoln High School Class of 1969.

Funeral service will be 11 a.m. Saturday, September 24, 2016 at Christian Faith Missionary Baptist Church with viewing from 9 a.m. until service time. Burial will follow in Greenlawn Memorial Park under the direction of Gabriel Funeral Home.