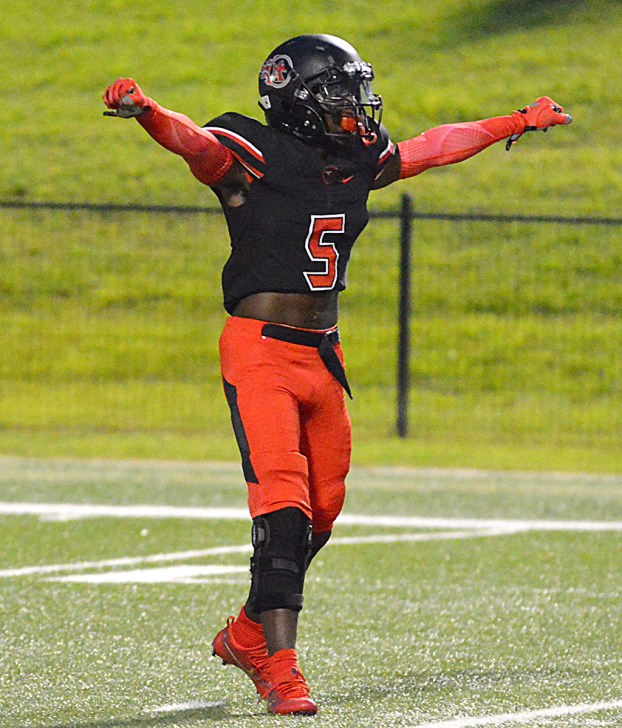 Houston Westside will try to keep speedy Memorial senior Kary Vincent Jr. contained as a wideout and avoid him as a cornerback. (Gabriel Pruett/The News)

Titans are home Friday; so is Wolves’ head coach

In Week 2, Jamaul Mason is coaching a homecoming game of his own, some 90 miles east of Houston Westside.

He’s coaching in his home Jefferson County. To be more perfect, he and Westside are taking on a team from the same school district where his stepfather works.

“I’m Southeast Texas through and through,” said Mason, a 2000 West Brook graduate. “I just happen to live here [in Houston].”

Mason is expecting his family and friends at Memorial Stadium tonight when Port Arthur Memorial (1-0) hosts his Wolves (0-1). It will be his first encounter with the Titans as a head coach, as the Wolves lost two previous meetings with him as an assistant.

“It’s a lot of athletes over there,” Memorial coach Kenny Harrison said. “I know the head coach personally. He does a tremendous job with those guys. It’s going to be a good matchup.”

“They have two quarterbacks and a huge offensive line with a 6-6, 6-7 defensive end,” Harrison said of senior Payton Turner, who’s listed at 235 pounds.

“Tell me about it,” Harrison responded to a reaction over Turner’s height. “Just all around a solid football team. We’re going to have to execute.”

The Wolves have to shake off last Friday’s 39-6 loss at Brenham and take on a Titans bunch that managed to slow down a fiery Panama City (Fla.) Bay offense to the tune of an 18-6 shortened feat. Three fumbles plagued Westside and gave Brenham a short field much of Friday night, Mason said, so valuing the football is his top priority for the team.

“We can’t turn the ball over,” said Mason, the second-year head coach who’s 4-8 overall with the Wolves but made the 6A playoffs last year. “We didn’t play well last week. I don’t think that’s a true testament to who we are, so we continue grinding on the things that we do and make sure your kids execute come Friday night.”

For both teams, protecting the ball is of utmost importance. Memorial had to overcome three cough-ups (one lost) of its own and took advantage of one after a go-ahead touchdown against Bay to add insurance.

Two of the Titans’ scores came on plays within the red zone, so Mason is getting Westside focused on not letting them get a short field.

“We can’t have turnovers, first and foremost,” Mason said. “Good football teams don’t do that. Secondly, we had over 75 yards in penalties, so it was a really sloppily played game. So, that’s what you do. You clean up the things you can clean up, and you keep playing football. It’s not a big-time trick to it or some kind of magic. It just works.”

PORT NECHES — Coach Brandon Faircloth knows his Port Neches-Groves Indians have only one more tune-up before the District 22-5A... read more