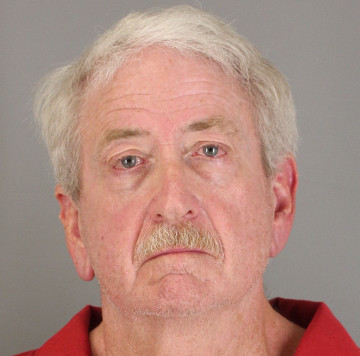 A Jefferson County grand jury has indicted a former security guard for criminally negligent homicide in the shooting death of Shalala Fletcher.

Michael Turner, 67, is accused of shooting at a car to stop a theft at the Express Mart, 2920 Jimmy Johnson Blvd. on July 2. One of the bullets went through the car, killing Fletcher, 36, of Beaumont.

The shooting began when two men entered the store, grabbed several cases of beer and left to a parked car where Fletcher was a passenger.

Turner had pulled up in his vehicle and in seeing the alleged beer thieves inside, attempted to box them in their parking space, according to a press release from the district attorney’s office.

“Turner, a security guard, drew his 9mm handgun and fired multiple shots at the fleeing vehicle in an attempt to shoot out the tires,” the press release read. “One tire was hit and a bullet entered the vehicle and struck Fletcher in the back.”

According to previous reporting, Turner fired 11 rounds at the vehicle.

The car continued for several blocks to the Community Bank parking lot where the two men inside abandoned the car with Fletcher in the car. She was pronounced dead at the scene.

Turner was not arrested at the scene and his name was not released initially, which are issues that bothered some members of the public.

Now, with the indictment, some of those questions have been answered but there is more to learn.

“We are satisfied with the fact that the grand jury has given the indictment,” Kalan Gardner, president of the Port Arthur branch of the NAACP said. “We want to make sure justice is served and will continue to monitor the trial from this point out.”

The crime is a state jail felony offense with a maximum penalty of two years in the state jail and up to a $10,000 fine.

Turner was taken into custody on Wednesday.

An indictment is not a final conviction of guilt; it is only a ruling by the grant jury that allows the district attorney’s office to proceed with a criminal case.