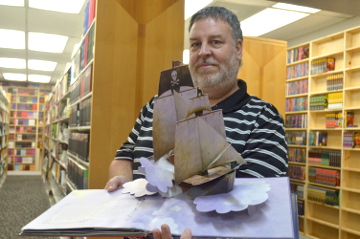 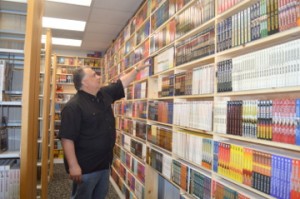 Everything was going fine for a while but the bibliophile missed being a book store owner.

Then one day he called his friend Rick Beaulieu.

“He woke up one morning and called me and said you have 24 hours to talk me out of opening a new book store,” Beaulieu said. “By the time I called him back he had already ordered books.”

The new book store features all new books, about 300 signed books, some antiquarian books and took hundreds of man hours to get ready for opening. 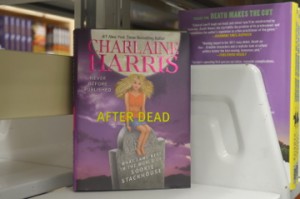 A sought after book by Charlaine Harris.

LaFleur is cognizant that the printed books aren’t as popular as they once were but that there will always be book lovers. He constantly checks online sales prices and is “very cost conscious,” he said.

The shop has a Frequent Buyers Club that for every $100 spent, if your name is on the mailing lost, you’ll get a 10 percent discount, up to $10, off your next purchase.

Beaulieu, store manager, said they have made major strides from the former store and have learned much through the experiences.

The book store has a little bit of everything from hardcover fiction to science fiction, non-fiction, cookbooks, romance, westerns and children’s books and adult coloring books. 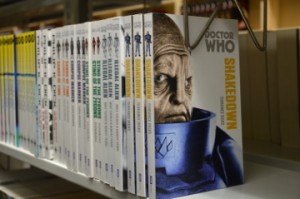 A section of books from the Dr. Who series.

Both LaFleur and Beaulieu are huge sci-fan fans, they said.

“By the time we’re finished (ordering books) we’ll have the biggest sci-fi section between Houston and Lafayette,” LaFleur said.

The shop also features hard case crime books which are making a comeback and written in an older style of hard boiled crime writing. There is also Manga comic books and graphic novels and bound collections of comics from the 1950s and 1960s. 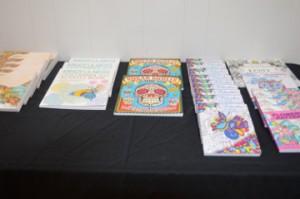 A section of adult coloring books on display at Fleur Fine Books.

On Nov. 19 LaFleur Fine Books will host a book signing for author Joe R. Landsale. Lansdale is an East Texas native and resident and the brains behind the Hap and Leonard private investigator series which has been adapted for the Sundance Channel as well as the books Bubba Ho-Tep, Christmas with the Dead, Cold in July and Incident On and Off a Mountain Road which have been adapted for film.

Fleur Fine Books is open from 10 a.m. to 6 p.m. Monday through Saturday. The entrance to the store is on Seventh Street, look for the green awning.

Filing ends with one contested race

Election filing in municipal races has ended with just one contested race on a local school board. Two seats are... read more