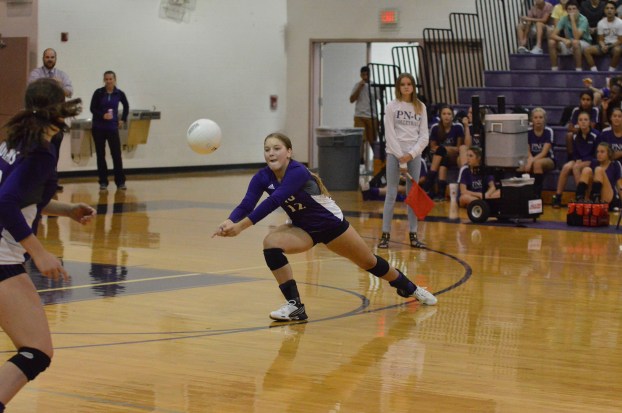 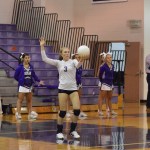 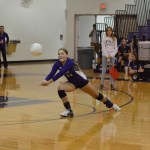 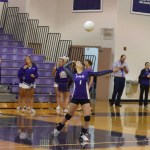 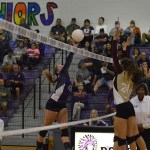 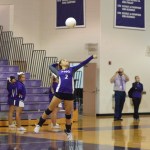 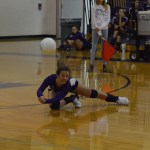 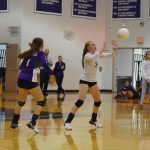 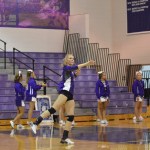 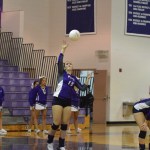 PORT NECHES — Barbara Comeaux wanted to see more consistency from her Port Neches-Groves Rock-A-Noos on Tuesday against Tarkington.
The Rock-A-Noos played with confidence and consistency in the first set, but it was the next four that allowed the Longhorns to win the match 13-25, 25-15, 27-25 and 25-14.
PNG (12-7) found its consistency late in the third match down 18-11 to Tarkington. The Rock-A-Noos fought all the way back in the set and eventually took a 23-22 lead.
Tarkington rode the steady arm of Claire Chapman, who led the match with 16 kills. She tied the match at 25-25, and then the Longhorns took the next two points to win the set. That gave Tarkington a 2-1 advantage.
“I knew coming into this match Tarkington was going to be very competitive,” Comeaux said. “They have gone deep in the playoffs and it was a good test for us. We had opportunities to beat them. We were up and down. I can’t take anything away from Tarkington. We made some mistakes at crucial times, but we also made some great plays. We just need to be more consistent.”
The Rock-A-Noos looked great in the first set. PNG was up 14-12 when senior Kailey Oliver came to serve.
She hit for seven straight service points, including two aces, to give PNG a 21-12 lead.
The Rock-A-Noos soon broke the Longhorns serve and scored the set’s final four points.
Oliver finished with 17 service points and two blocks. Baylee Priddy added 12 points, 12 digs and 16 assists while teammate Rachel Hammersmith finished with 11 points, 16 digs and 14 assists.
Bayja Newby had a team-high 18 digs, Mackenzie Tindel had 14 and Libbie LeJeune had 13. LeJeune added 11 kills, a team high.
Kaitlyn Gil and Cheyanne Orozco each had seven kills and Hannah Jones finished with six. Orozco led the Rock-A-Noos with three blocks.
“We had so many chances to win that third set,” Comeaux said. “A break here or there, we just need to be more or aggressive. We need to play with the confidence we played with in that first game.
“Our kids are working hard. This is the preseason, but nobody likes to lose. I don’t like to lose and neither do the players. If they can keep getting better just a little bit every day.”
The Rock-A-Noos travel to face the Goose Creek Patriots at 6:30 p.m. Friday.
•
Gabriel Pruett: 721-2436. Twitter: @PaNewsGabe

Lamar’s Barnes out for four games

Jalen Barnes of Port Arthur was expected to become a key role player at safety for Lamar. But the junior... read more