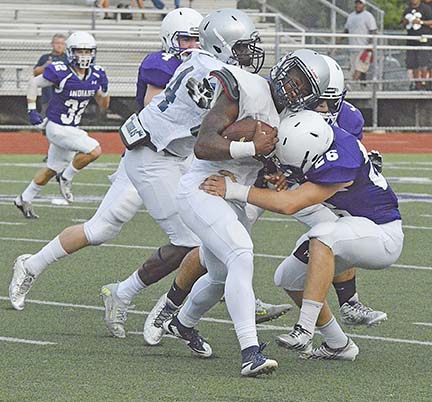 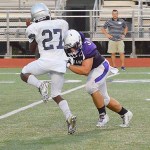 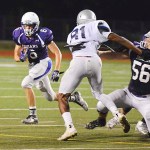 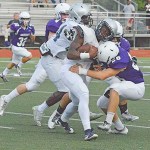 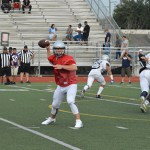 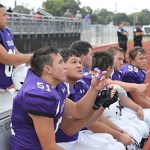 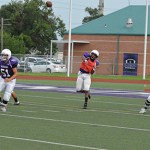 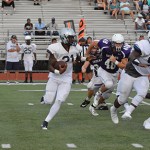 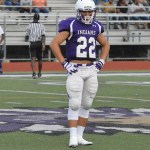 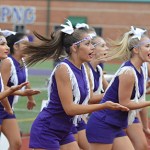 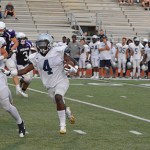 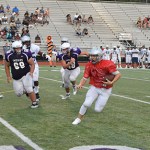 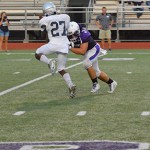 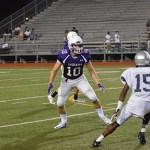 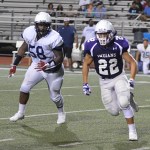 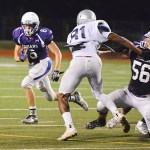 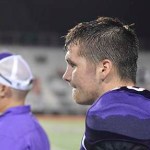 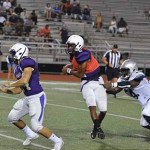 PORT NECHES — The Port Neches-Groves Indians were put to the test early this season, going up against the West Orange-Stark Mustangs Friday in a scrimmage.

He then exited the game and did not return for the second half.

“That is a very good football team,” PNG coach Brandon Faircloth said. “I liked our energy and effort the whole game. They (Mustangs) have a great team. That is why we do it. I am excited to watch the film and see the good things we did and see the things we have to work on.”

Class 4A No. 2 WOS got off to a quick start against the Indians’ first-string defense.

Dallas led the Mustangs down the field and threw a touchdown pass to K.J. Miller to give WOS a 6-0 lead after a failed kick with 7:50 left.

The Mustangs then struck for another touchdown in the first quarter as Dallas threw a long touchdown pass with 2:40 on the clock. WOS converted the kick and led 13-0.

The three touchdowns came before the Indians picked up a first down on offense.
That came with 7:51 left before halftime.

It was not so much what the Indians were doing wrong, it was what the Mustangs were doing right, according to Faircloth.

“They are going to expose you with their speed,” Faircloth said. “It is great to be on the field with them and run around. They are fast and they are physical. Coach (Cornel) Thompson does a great job.”

The first half ended on a positive note on defense for the Indians when Cameron Wommack intercepted Dallas minutes before the horn sounded.

PNG’s third quarter got off to a much better start when junior running back Preston Hughes got the Indians on the scoreboard. Hughes busted free for a 32-yard touchdown run and Preston Riggs punched in the kick to make the score 19-7 with 5:58 left in the third.

“We never gave up and we never quit playing,” Faircloth said of his team that trailed by 19 at the break. “We had some good things happen because of that. We have to go back to work and keep grinding.”

A lot of the talk for the Indians might center around the play of sophomore quarterback Roschon Johnson. It was the first varsity start of any kind for Johnson and it went up against a defense that allowed 8.75 points a game last year in 16 games.

“I thought he did really well,” Faircloth said. “I thought he made some good decisions. There were some turnovers we need to clean up, but the quarterbacks were not live tonight. That takes away some of his game that he will give us. He made some throws tonight he will not make again, but that is why we scrimmage. It is a glorified practice and he was learning just like the rest of us were.”

The Indians’ next scrimmage comes at 7 p.m. next Friday at the Thomas Center in Beaumont against West Brook.
•
Gabriel Pruett: 721-2436. Twitter: @PaNewsGabe

WEST ORANGE — Tonight might only be a “glorified practice” in West Orange-Stark coach Cornel Thompson’s mind, but he also... read more