UPDATE: Vidor man in custody for shooting at campaign headquarters 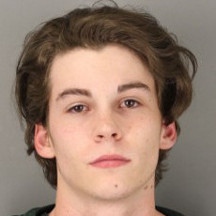 BEAUMONT — A 19-year-old Vidor man is custody for reportedly shooting at the campaign headquarters of Zena Stephens where witnesses said he shouted racial slurs on Monday night.

Police in Beaumont said Adam Carver made a statement regarding the shooting and was arrested for deadly conduct and may be a suspect in other crimes where businesses, cars and signs were damaged.

Ray Beck, the lone republican candidate in the race for Jefferson County Sheriff, issued a statement late Monday regarding the incident.

“Earlier tonight (Monday), I learned about the incident at Zena Stephen’s campaign office. I am glad to hear that Zena, family, and campaign staff are safe. In this day and age, it is appalling to know that people can act with such malice. I hope to see this issue prosecuted to the fullest extent of the law. For now I am thankful to hear that no one was harmed. My thoughts are with Zena and her campaign,” Beck said in his statement.

Joe “QB” Stevenson, who is running for the democratic nomination for sheriff, said is first thoughts upon hearing about the incident were for the safety of Stephens and those in her campaign circle.

“When you hear something like that you hope and pray no one is injured. It was instant relief when I heard no one was injured.,” Stevenson said. “This (incident) is unfortunate. No one can say whether it’s election related or why but it’s senseless.”

Rod Carroll, the third democratic candidate for the spot, likewise was relieved to hear no one was injured.

“Thank God no one was injured,” Carroll said. “I don’t condone any type of violence. We’re a community and need to stand up as a community and be tough and stop this kind of behavior.”

Both Stephenson and Stevens are African-American and the suspect is white.

Officers are still working to piece together what happened on the eve of the March 1 primary election. Many of the witnesses were busy with campaign duties and unable to give statements on Monday, she said, but are expected to give statements in the next day or two.

The shooting has caught the attention of people near and far.

“This is a high profile case causing us to get inquires from across the U.S. and internationally,” BPD Officer Carol Riley said. “

The incident began when Beaumont dispatch received a call saying someone shot the glass door and a witness was following the vehicle at around 7:30 p.m. Feb. 29.

While at the scene police found the glass of the northeast door of the building was shattered and there was at portion of glass missing at the top of the door and shattered glass in and outside the building, according to a press release from the Beaumont Police Department.

Witnesses told officers a white Jeep Cherokee drove by the building, a white male pointed what looked like a pistol outside the Jeep and shot towards a female that was in the parking lot. Witnesses told police someone shouted racial slurs before firing the gun. The vehicle then continued southbound on 11th Street but the witness who followed lost sight of the Jeep around College Street.

A few hours later, at around 9:50 p.m., officers located the jeep and its occupants in the 8500 block of Newfield Lane. Five people were identified as the occupants and were brought to the Beaumont Police Station to speak with detectives about the incident.

Investigators are also looking at similar damage to local businesses, cars and signs that occurred in the past two weeks. 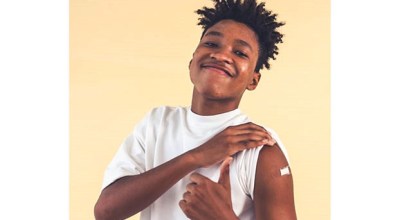