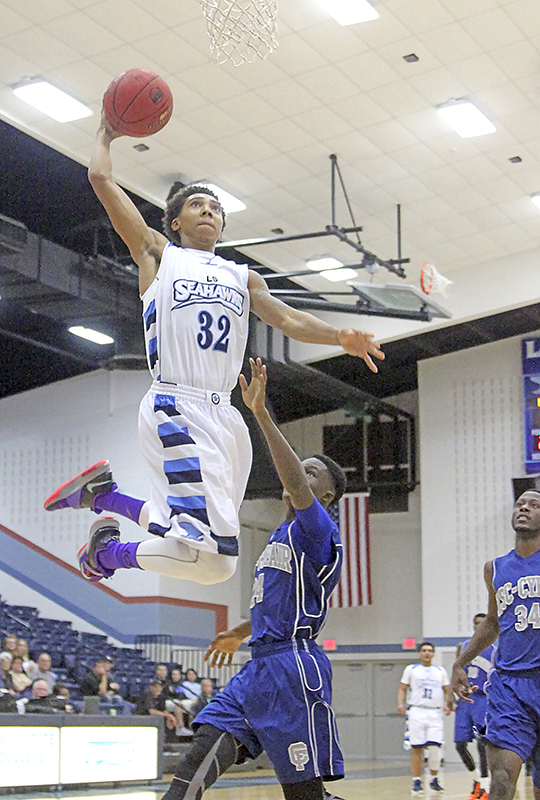 On the rebound? Struggling Seahawks have tournament on horizon

Lamar State College-Port Arthur and coach Lance Madison have learned a few lessons over the last couple of weeks.

Unfortunately, those lessons have come during a couple of key losses in Region XIV play.

The Seahawks sit at 6-5 overall on the year and are now 2-3 in league play. All three of the losses have come by a combined nine points.

“That is life,” Madison said. “That is what it is like playing college basketball.”

They only said practice makes perfect, but instead of just scrimmaging against each other, the Seahawks begin a two-day tournament on Wednesday.

Mineral Area and Cy Fair square off at 2 p.m. Thursday and LSC-PA is slated to play North American at 4 p.m.

“We decided to have a tournament because of the two weeks off during the holidays,” Madison said. “We wanted to get those games under our belts before conference starts back up. There are a lot of times teams come back rusty and out of shape.”

Region XIV play starts back up at 4 p.m. Jan. 2 against Bossier Parish College of Louisiana at the Parker Center.

“Then that Wednesday (Jan. 6) we have a very tough road game against Trinity Valley, who is No. 2 in the country,” Madison said.

The Seahawks are averaging 79.5 points per game and shooting 46.9 percent from the field.

Sophomore Colton Weisbrod leads the team at 21.8 points a contest and the Nederland graduate is shooting 54.7 percent.

Madison hopes the Seahawks can lean on crowds that average 455 people in the stands, fourth-best in the nation.

“I really think we can learn from the past losses, too,” Madison said.

1. MUSTANGS’ RIDE TO 4A DIVISION II CHAMPIONSHIP TOPPED LOCAL SPORTS SCENE Should it be any surprise? When a team... read more