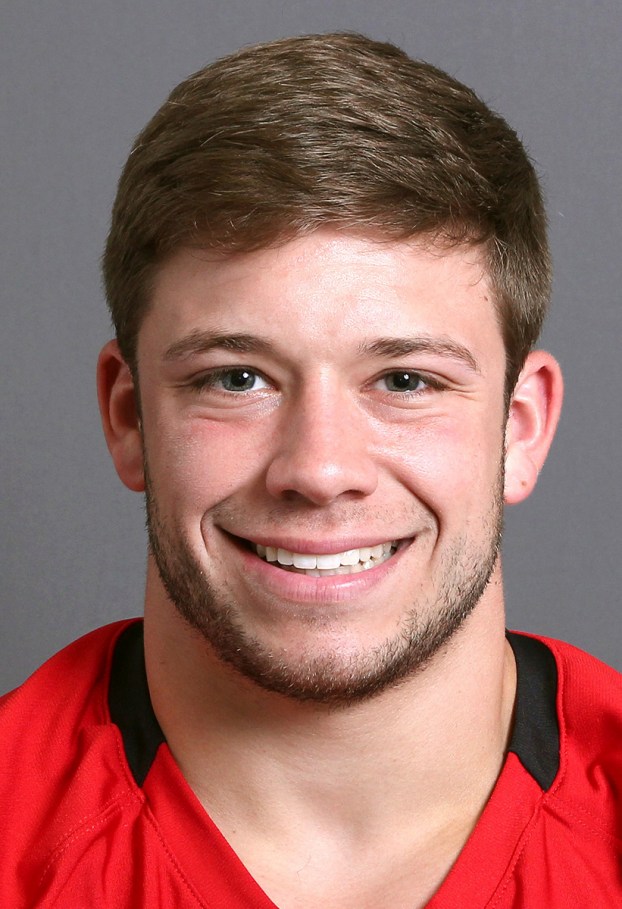 The man who finished the regular season as the national rushing yards leader in the Football Championship Subdivision could bring a national offensive player of the year award to Jefferson County.

Kade Harrington’s junior season at Lamar might not exactly be complete. The 5-foot-9 Kingwood running back has been named one of three finalists for the STATS FCS Offensive Player of the Year title. The award was named after Pro Hall of Famer and Mississippi Valley State alumnus Walter Payton before STATS LLC purchased The Sports Network, the previous award sponsor, this summer.

As STATS FCS Senior Editor Craig Haley wrote, defenses literally and figuratively saw red this season against the three playmakers, who all play for red-and-white teams. Lamar and Illinois State use imagery of cardinals — Illinois State is officially the Redbirds — and Eastern Washington is known as the Eagles.

If that wasn’t enough for Harrington, the new Southland Conference Player of the Year who earned the nicknames “The Scarlet Speedster” and “The ArKADE,” to make his case, he also turned in six games of 200 or more rushing yards this season. His 347 yards at home against Abilene Christian on Oct. 10 set a Southland record and set a season high in the FCS which was tied two weeks later by Fordham’s Chase Edmonds.

“Kade has far exceeded our expectations when we recruited him,” Lamar coach Ray Woodard told STATS. “He has gone from a young running back fighting for playing time to one of the best in the country.”

Coprich, a senior, took Illinois State to last season’s national championship game (a loss to North Dakota State) and followed it up with 1,720 rushing yards (156.4 per game) this season. He repeated as the Missouri Valley Football Conference’s offensive player of the year, rushing three times for better than 200 yards this season. Illinois State (9-2), a No. 2 seed in the playoffs, won the Missouri Valley co-championship and will host Western Illinois in a second-round game this Saturday.

Kupp, a redshirt junior, is the FCS leader in receptions with 114, receiving yards with 1,642 and touchdown catches with 19.

Edmonds narrowly missed out on becoming a finalist, finishing fourth in voting from 150 sports information and media relations directors, broadcasters, writers and other dignitaries, according to Haley.

** CORRECTS to show that the award was previously named after Walter Payton. **