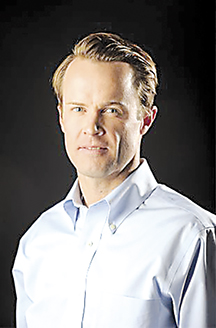 NEDERLAND — Republican State Rep. and local businessman Dade Phelan has filed for re-election to the Texas House of Representatives, District 21. The district includes part of Jefferson County and all of Orange County.

“It is an honor to represent Southeast Texas in the House of Representatives and I am ready to build on my first session’s conservative results, the ones my neighbors expect and deserve,” Phelan said.
“I will continue to protect our local water rights and fight for lower taxes, accountable government, increased border security and the elimination of sanctuary cities.”

Phelan is a broker and senior partner at Phelan Investments, a family owned real estate development company. In his first session representing House District 21, Phelan was appointed to the powerful Appropriations Committee as well as the Appropriations Subcommittee on Education and the Elections Committee.

Capitol Inside Magazine honored him as one of the 84th Session’s Freshman of the Year, Texas Conservative Coalition named him a 2015 “Courageous Conservative”, The Texas Association of Business selected him as a “Fighter for Free Enterprise” while Texas Right to Life’s included him as one of only fourteen members on their Honorable Mention List.

His wife, Kim, is a solo practitioner attorney and together they have four boys, Ford, Mack, Hank and Luke.

A gasoline-producing fluidic catalytic cracking unit was not running on Monday after a fire broke out Sunday at Valero Energy... read more