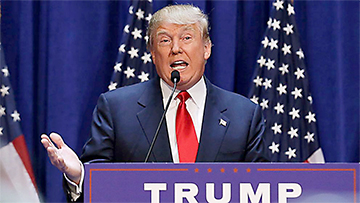 Trump campaign stop in Beaumont; how to get tickets, times, date

Tickets for the free event can be obtained at the Eventbrite registration page.

“The Trump for President campaign is the strongest Presidential campaign in Texas…and we are just getting started,” according to an e-mail from the Trump for Texas team. “Mr. Trump is winning this race across the country and will win Texas’ 155 delegates on March 1st. We are taking Mr. Trump’s message of real tax reform, real immigration reform, real reform for veterans, and Making America Great Again door-to-door, voter-to-voter, with the largest grassroots Presidential campaign in Texas history. And we want you to be part of it as we make history.”

Thousands are expected to attend the event, according to information from the Trump campaign in a press release about a new national campaign spokeswoman, Katrina Pierson.