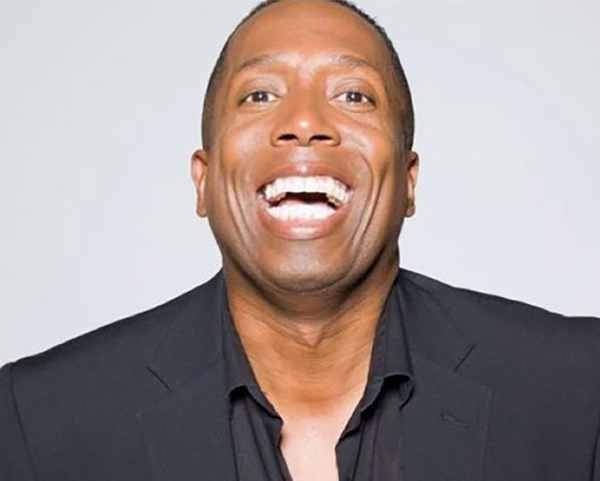 Port Arthur native and larger-than-life radio television personality Gary Hayes has a few words for his friends and family in Port Arthur before a new reality television show he co-stars in airs Tuesday.

“Tune in honey and watch it,” he said Friday while in Las Vegas covering the “Soul Train Awards” for the celebrity news and commentary program “Dish Nation.”

Hayes has been dishing the tea on the popular “Dish Nation” television program for years, but now will play a role where he has an opportunity to show more sides of his most fabulous self.

Nothing is off limits.

Hayes will reprise his radio persona, “Gary With Da Tea” in the new “Rickey Smiley For Real” show. The one-hour series features syndicated radio personality, host and stand-up comedian Rickey Smiley as he tries to juggle his career and his homelife. Hayes plays part of the ensemble cast.

“I get to put my full fabulousness on display, honey,” Hayes said. “From fashion to the red carpet to my life at home with good friends and good times, this show is keeping it real.”

Hayes left Port Arthur about 30 years ago, but list the city among his three homes.

“I’m living everywhere these days,” he said. “Atlanta, Dallas and Port Arthur, I have houses in all three places.”

After leaving Port Arthur, Hayes moved to Houston, and started to school to become a nurse — “because my Momma wanted me to,” he said

But, he quickly found out his personality might be too big for the bedside manner required of medical personnel.

“I was living with my oldest sister Joyce in Dallas when I called the radio station 100.3 KJMZ and just started talking. I must have made an impression. I don’t know what I said, but it made the DJ laugh.”

In addition to “Rickey Smiley For Real,” Hayes’ is working on his reality television show.

Working on “Rickey Smiley For Real,” he said, provided him a chance to see that a reality show is real.

“They just give you a scenario, and you go off of it,” he said. “I have a lot of personal stuff I will be sharing.”

Already, the series has been picked up for Season 2, and filming for the first season concluded Thursday.

“It’s going to be really funny. Rickey did a scripted show, and it did well, but now they are doing one about his radio life, his family and his friends. I am one of those friends. All of us, keeping it real.”

“Rickey Smiley for Real,” debuts on TV One on Tuesday, Nov. 10. Check local listings for times.

Students are directed to stay home Tuesday and restaurants are prohibited from preparing food until a boil water notice... read more