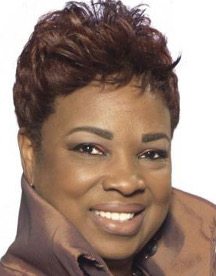 Moses running on platform of change

Since announcing her candidacy for Port Arthur’s Position 7 City Council seat, Charlotte Moses, 52, has had opportunity to talk with people in her community and learn what it is they would like to see done differently in the city.

What she found out is they want to see results — less talk and more action.

“People are tired of hearing about change and change not taking place,” Moses said.

The city continues to wrestle with many of the same issues it has for years: streets, an aging infrastructure and lack of jobs for its citizens.

To make those lasting changes, Moses knows the City Council has to become more unified.

“We need changes made on that Council that will lead us to a more productive and unified front. Council tends to get deterred by long meetings, and certainly discord. We just can’t afford any more deterrents,” Moses said.

To make a better Port Arthur, there has to be a collaborative effort among everyone to work together starting with a support for City Manager Brian McDougal.

Moses said she is not opposed to calling a bond election to come up with money to fix the city’s streets, but any plan the Council has needs to be in line with what the manager recommends.

“I think it is very imperative that we support the city manager and be on one accord. We are held accountable to lift him up, to help him. We are not the city manager. We have to help him get through, assist him in getting what he needs to get things done,” she said.

Moses is the owner of Global Drug and Alcohol, a company that performs drug testing for various companies.

She is also executive pastor of Christian Faith Missionary Baptist Church in Port Arthur, and served on the city’s Economic Development Board until she filed for the Council seat.

Moses is a former employee of the city, having worked in the human resources department from 1988 until 2006.

Moses has been endorsed both by the Port Arthur Fire Fighters IAFF Local No. 397 the city’s police department union, and Unite Port Arthur.

Leading up to Election Day Tuesday, Moses said she will continue to talk to people about their needs, while urging them to get out and vote.

“I am very positive about my campaign, and am going to stay positive that those who have not voted will get and do so on Election Day,” she said. “I am praying we don’t have a runoff and that the election ends on Nov. 3,” she said.

To fix Port Arthur streets, the city needs new revenue. Whether its from a bond issue, or a new... read more