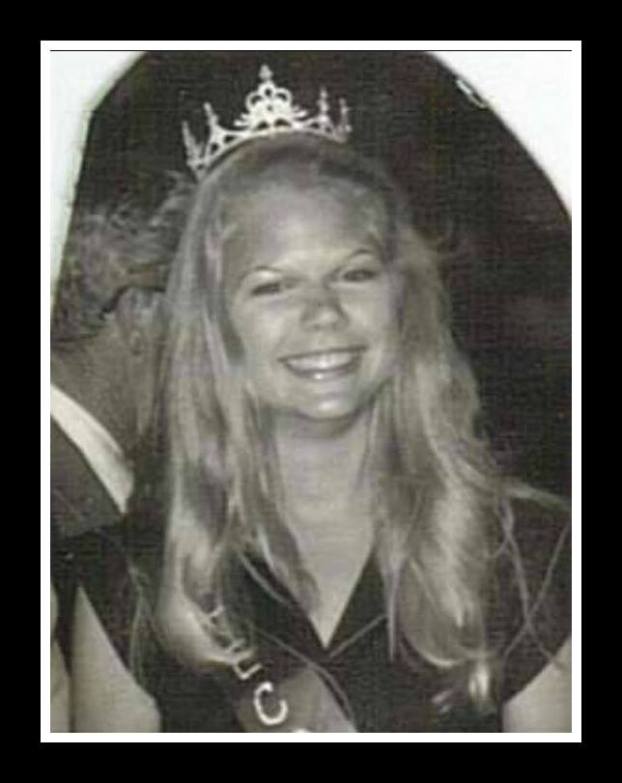 Donna Peterson Bruney, the 1980 Groves Pecan Festival queen, will be one of more than a dozen past queens to take part in the Pecan Festival Parade set for 9:30 a.m. Saturday, Nov. 7. Courtesy photo

GROVES — Back in 1980 Donna Peterson Bruney entered the Groves Pecan Festival as a fluke but came away with a crown.

“I’d entered the pageant because some friends had entered. I thought, what the heck,” Bruney said via phone. “I had never been in a pageant and totally never expected to win. It was a complete shock.”

As the 35th anniversary of her reign approached Bruney logged onto Groves Pecan Festival’s Facebook page and commented that she’d like to attend the parade as a past queen. Soon former classmate Amy Boneau, who is the wife of Ronnie Boneau, the executive director of the Groves Chamber of Commerce and Tourist Center, contacted her.

“After talking to Amy I thought ‘why not?’ It’ll be fun and nostalgic,” Bruney, a resident of The Woodlands, said.

With this news the Chamber and the Pecan Festival Committee gave a shout out for other past Pecan Festival queens who would like to be included in the upcoming parade scheduled for Saturday, Nov. 7.

So far more than a dozen women have said they’ll be in the parade. The past queens come from far and near — Groves, Sugarland, Missouri City, Texas, Houston, Beaumont, The Woodlands.

“We thought this would be cool,” Ronnie Boneau said. “This is exactly what we want, community coming together.”

One challenge for Boneau, who has been on board as executive director for nine years, is that records prior to his arrival have been lost. Occasionally he will come across a photo with no name or date.

“It’s going to be exciting,” he said. “Everyone I’ve talked to is fired up about it.”

Bruney is excited as well. She’s already went through her wardrobe and has some outfits picked out and will decide later which one she will choose depending on the weather.

She also has a convertible Mustang reserved to ride in and will make a banner for the car. As for the crown — she’s had two through the years that broke so she’ll find a cheap one to use in the parade, she said.

“I look forward to going. My kids still live there (in the area) and my job gets me there once a week,” she said. “I love to go back and see people I’ve haven’t seen in forever although social media keeps you in touch too.”

Past Pecan Festival queens who would like to be in the parade can call the chamber office at 962-3631.

Voters have another week to cast their ballots early for the joint Nov. 3 Constitutional Amendment Election and the... read more