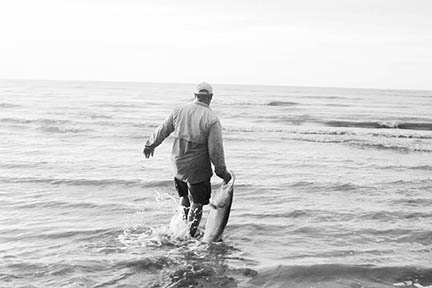 This week we have lots of outdoor notes to whittle through pertaining to our local outdoors scene.
Here goes…
Saturday from 11 a.m. till 2 p.m. I will be appearing at Kingdom Dominion Church 3600 Memorial Boulevard in Port Arthur for our Kingdom Zoo “Nature Fest” event.
I’ll be bringing a number of animals out to show kids and kids at heart and there will be some fun games and other entertainment for the public. Think of it as an early church “fall festival”.
The event will also help us with our programs for orphaned children and “Wild Wishes” which grants animal encounters to kids who have terminal illnesses or have lost a parent or sibling. There will be a bake sale, fishing and hunting related door prizes and some silent auction items to raise funds.
Since it’s an outreach from church there is no fee to get in and all ages are invited. As a bonus, any church youth or children’s group or scouting group who checks in Saturday gets put in a drawing for an exclusive Kingdom Zoo event for their kids.
For more information call 409-920-2062 or e-mail chester@kingdomzoo.com.
•••
Local surf fishing expert Marcus Heflin has been hosting surf fishing clinics at Sea Rim State Park on the second Saturday of each month.
Due to the popularity, he will continue them into winter and said there are lots of great winter fishing options available, including redfish, black drum and whiting.
Go to the Sea Rim State Park Facebook page for more information.
•••
Speaking of surf fishing we are at the tail end of the bull redfish run in the local surf from Sea Rim to Galveston and beyond.
This “run” is actually the breeding period for redfish when the mature specimens (bulls/oversized fish) come into the nearshore area. There will probably be some spawning activity into November but the peak action is right around now.
That doesn’t mean the fish will stop biting as the population is healthy enough to provide bull redfish action at some level year-round and solid numbers throughout fall and early winter.
•••
Wanna know when the peak of the whitetail deer rut occurs in our region of the state?
According to the Texas Parks & Wildlife Department’s “Rut in Whitetail Deer” study, most breeding activity happened from October 21 to January 5 in the Pinewyods. Peak breeding dates were November 22 in the northern portion and November 12 in the southern part of the Pineywoods. Does showed a 96 percent pregnancy rate and averaged 1.7 fawns each. The majority (90 percent) of the fawns are born by June 29 in the northern area and by June 19 in the southern area.
In the Gulf prairies and marshes, breeding occurred in the period August 24 to November 25. There were two study areas: the northern study area had a peak date of September 30, while the southern area was a month later with an October 31 peak breeding date. Does showed a 92 percent breeding success and 1.6 fetuses were found on the average for each doe sampled.
The majority (90 percent) of the fawns would have been born by May 10 in the northern area and by June 6 in the southern area.
Look for more in-depth details of the upcoming general deer hunting season in next Thursday’s edition.
(To contact Chester Moore, e-mail him at chester@kingdomzoo.com. You can hear him on “Moore Outdoors” Fridays from 6-7 p.m. on Newstalk AM 560 KLVI and online at www.klvi.com.)

WEST COLUMN: Landry not in field for PGA Tour opener

Andrew Landry had hoped this week’s Frys.com Open was going to be his first event as a card-carrying member of... read more