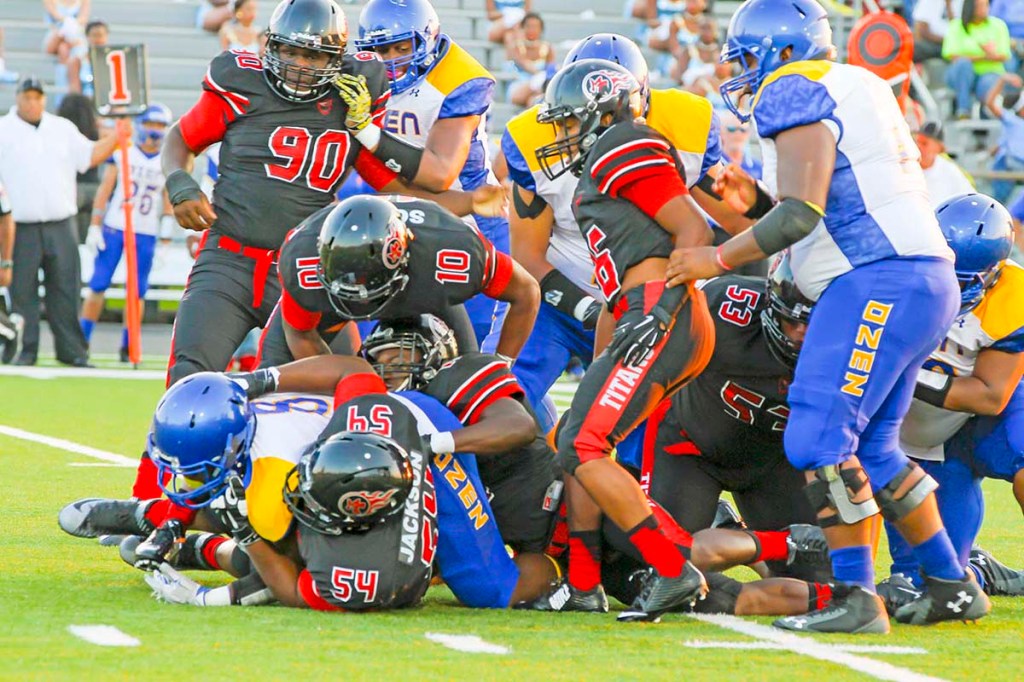 The Port Arthur Memorial Titans are getting used to playing some of the state’s best teams.

A week after facing Houston Lamar, the Titans at 7 tonight take on Class 5A No. 3 Richmond George Ranch.

“There is not much drop off from Houston Lamar to George Ranch,” Memorial coach Kenny Harrison said.

Memorial has to stop the run if the Titans are to even up their 1-2 record heading into next week’s District 21-6A opener at Channelview.

The Longhorns (3-0) love to run the football. Alex Fontenot leads the charge with 334 yards on 37 carries and two touchdowns.

“They are a very talented team,” Harrison added. “They do a great job running the football. George Ranch has had a lot of success over the last several years. It is the reason I opted to play those guys so they could prepare us for our competitive district.”

Memorial is looking to regroup after last week’s 40-14 loss to Lamar. The Titans forced five fumbles, recovered three, and could not turn the extra possessions into enough points to win the game.

“Anytime you create turnovers, the offense has to punch it in,” Harrison said. “We did not capitalize on those fumbles. We have to take pride in punching it into the end zone.”

Points and yards have not come in bunches yet for the Titans. Memorial has averaged 258.3 yards a game through three games, 146.6 rushing and 190.3 passing.

Star running back Kameron Martin is averaging 3.91 yards per carry and has rushed for 215 yards with no touchdowns.

George Ranch counters with a defense giving up 192.3 rushing yards a game. The Longhorns allowed 298 rushing yards in a 44-19 win over Katy Morton Ranch, which only attempted five passes and completed none with one interception.