Titans pounce on miscues, to no avail 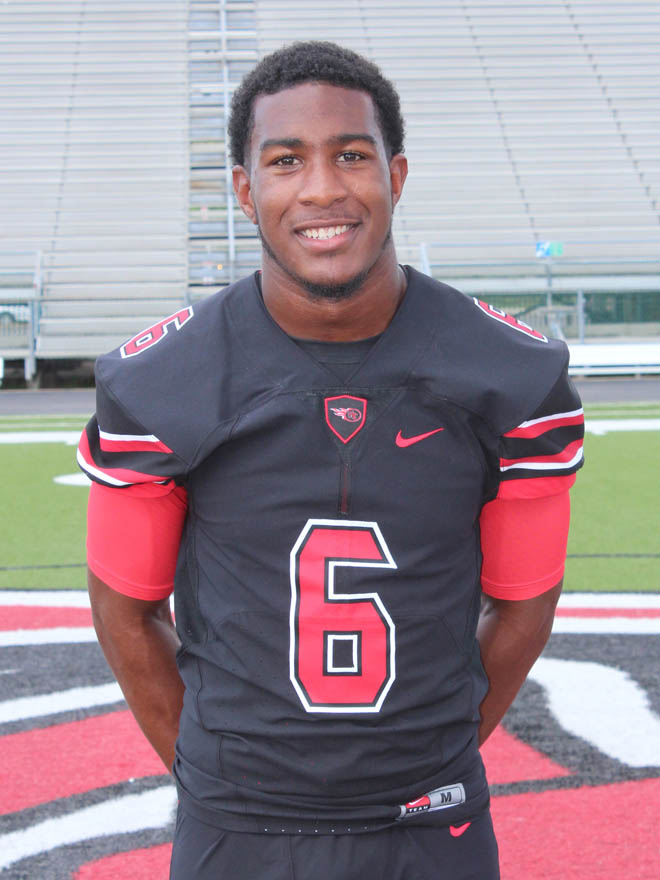 HOUSTON – Thursday was not the night the Port Arthur Memorial Titans hoped to have coming off last week’s win over Beaumont Central.

And Baylor coach Art Briles saw part of the game from the Memorial sideline.

The game was 17-14 with 6:20 left in the third after Fabbian Scott hauled in an 18-yard touchdown grab off the arm of Kadon Harrison.

It took six plays for the Texans to answer back on a Ta’Zhawn Henry 12-yard touchdown. Before the third quarter was over, Lamar struck again.

This time Denzel Davis hauled in a 21-yard touchdown reception from Owen Holt.

Henry, a sophomore, scored three times for Lamar and had 114 yards on 14 carries. His teammate, senior Jai’ran Traylor added 80 yards on 16 carries.

“We had a couple opportunities to make a couple plays there in the third quarter,” Memorial coach Kenny Harrison said. “Against a team like that, you have to make the plays when opportunities present themselves.”

Lamar scored 10 more points in the fourth to put the game away.

Memorial’s offense struggled to run the football as the Titans limped away with 53 yards on the ground.

Senior Kameron Martin, who committed to Briles’ Bears, had 80 yards on 16 carries. He was held out of the end zone for the third straight game.

“We have four new starters on the offensive line,” Harrison said. “Those guys have to continue to grow and jell. I have confidence those guys will be fine and get better each and every week.”

The Titans’ first half was very balanced between the run and the throw.

Martin carried the ball 11 times for 82 yards in the first 24 minutes and Marcus Younger had a rushing touchdown with 42 seconds left in the first quarter to make it a 7-7 tie.

Harrison had 98 yards on 11-of-17 passing in the first half with 56 yards going to Scott on three catches. Scott finished the night with six receptions for 85 yards.

De’Andre Angelle led the Titans with seven catches for 38 yards.

“We have a good group of receivers,” Harrison said. “We have more than one guy who can catch the ball. That’s a positive. There are a lot of positives we can take from this game. I do not believe the score indicates the outcome of this game. Both teams played extremely hard. A turnover here, a turnover there and a play here and a play there, and this score is a lot closer.”

Harrison finished 17-of-29 passing with one interception for 142 yards.

Lamar ran off 10 straight points after Younger’s touchdown to close out the first half. Traylor had 75 yards on 12 carries and scored the game’s first touchdown to give the Texans a 7-0 lead.