Titans’ Angel(le) in the open field 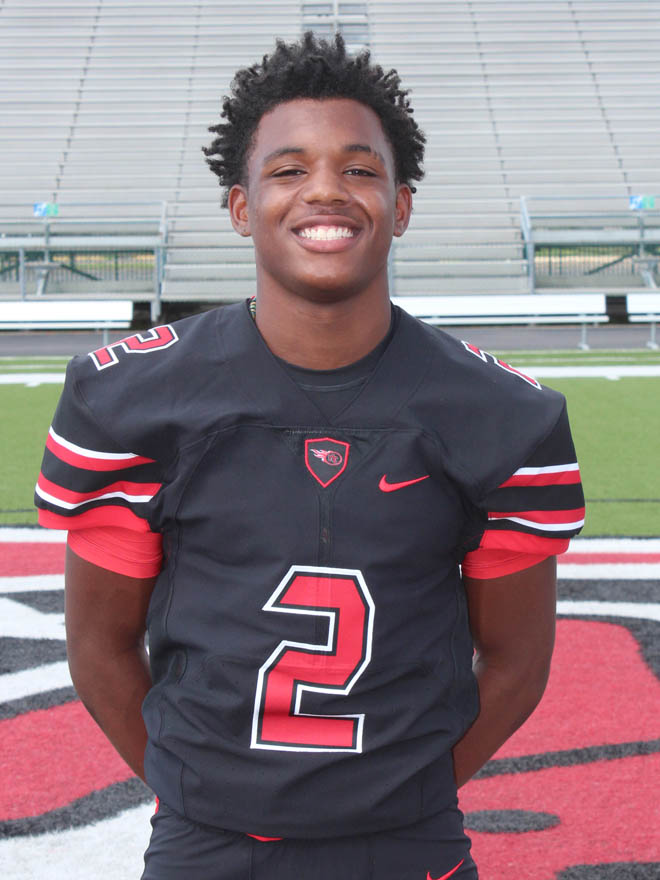 There was Corey Dauphine, who is now at Texas Tech. Kameron Martin was in the depth chart and he is committed to Baylor.

Last but certainly not least is Marcus Younger. This year he has shown already why he deserves touches.

Harrison had a fourth guy he wanted to get the ball to, and that was then-sophomore De’Andre Angelle.

Angelle went into last year as a running back and now is listed as a receiver. The move in positions has already paid off for the Titans as Angelle led the team with 150 receiving yards on nine catches and three touchdowns in Memorial’s 31-30 loss to Beaumont Ozen.

“We had three great running backs so they moved me to receiver,” Angelle said. “It worked out nice in the first game. I like getting past the defensive backs and catching the deep balls.”

Angelle also has a very unique part of the game he enjoys the most.

“I like getting hit,” he added. “It is fun to me. It is going to make me tough and get me ready for the next level.”

Harrison said the move was a no-brainer.

“He has accepted his role as a receiver and he really takes pride in what he does on the field,” Harrison said. “It was a smooth transition for De’Andre. I saw him play on the Junior Bees and he has always been a great athlete. He is exactly what we needed as a slot receiver. Once he got to high school, we wanted to utilize the talent we had on the roster so we had to get him on the field.”

“I like how he plays in the open field,” Angelle said. “He has great shake moves once he has the ball and he concentrates on catching the ball and then scoring touchdowns.”

Angelle said he was not nervous last week in his first varsity start. He came away upset with the loss to the Panthers and does not want to see the Titans slip to 0-2 if they lose to Beaumont Central this Saturday.

“We have to stay focused,” Angelle said. “We can’t worry about if we are down in the first or second half. We have to come out better than we were in Week 1.”