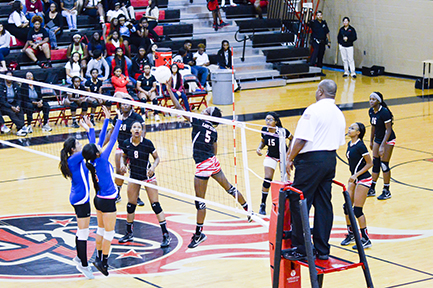 ORANGEFIELD — The Nederland Lady Bulldogs improved to 13-7 with a three-game sweep of Orangefield Tuesday.

Courtney Noel had a splendid night with six aces, two blocks and eight kills and Caroline Noel added four kills and one block.

The Lady Bulldogs play host to Liberty on Friday.

Bob Hope struck first with a 25-20 win in Game 1 and then it was all Memorial.