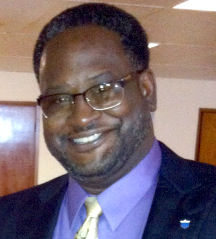 The last day to file for a place on the Nov. 3 special election ballot drew another candidate for the unexpired Port Arthur Position 8 City Council seat.

Last May he ran unsuccessfully for the Jefferson County Justice of the Peace Position 8 against the incumbent Tom Gilliam.

Freeman believes his experience combined with his education will bring a different perspective to the city council.

“I would love to see more professional people get on City Council,” he said.

If elected, Freeman said he would work to bring more activities for the city’s youth. One of the main issues City Council needs to work toward is upgrading the city’s infrastructures, Freeman said.

The city also needs to become more transparent, and exhibit a spirit of cooperation, he said.

Freeman is a graduate of Lincoln High School in Port Arthur and a graduate of Texas College in Tyler. He obtained his law degree from the University of Tulsa in Tulsa, Okla.

Freeman and his wife, Sharon, are parents to two children ages 9 and 12.

Trainer, 57, was the first to file for the seat. He is the owner of Trainer Lock and Key Locksmith, a business that has been in operation for the past 14 years.

If elected, Trainer said he would concentrate on the need for better city streets, continued efforts to employ Port Arthur citizens, and the need to bring the city’s different cultures together as one to create a more unified city.

Moses, 52, is the owner of Global Drug and Alcohol, a company that performs drug testing for various companies.

She is executive pastor of Christian Faith Missionary Baptist Church in Port Arthur, and served on the city’s Economic Development Board until she filed for the Council seat.

She is a former employee of the city, having worked in the human resources department from 1988 to 2006.

Moses would like to see the city work in unison toward downtown redevelopment.

He sees the city continue to grapple with some of the same issues: streets, drainage, and the need to beautify Port Arthur, as when he was on Council.

In fact, they are worse now, he said.

Henderson believes his experience on Council makes him uniquely qualified, along with his ability to be a stabilizer