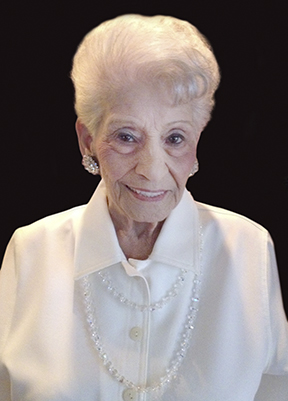 Gloria Ames Trahan, 92, of Port Arthur died Thursday, August 27, 2015. A native and lifelong resident of the area, she was born on March 12, 1923, in Port Arthur, to Gerome Genusa Ames and Frank Ames.

Gloria retired from Gulf Oil after thirty-four years of service in various positions. She was a member of the Beta Sigma Phi Sorority and enjoyed square dancing. Gloria will be remembered for her excellent cooking, baking, and willingness to help wherever she was needed.

Memorial contributions may be made in Mrs. Trahan’s memory to St. Jude’s Children Research Hospital, 262 Danny Thomas Place, Memphis, Tennessee 38105, or to a charity of one’s choice.