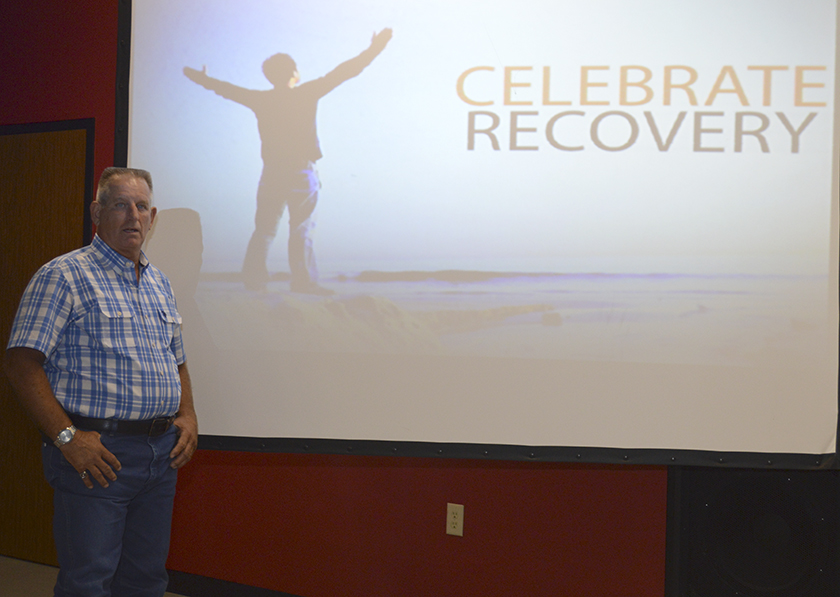 John Ramsey, a former alcoholic and drug addict, is now four years clean and sober. He is a sponsor, accountability partner and facilitator of Celebrate Recovery at First Baptist Church-Groves. Mary Meaux/The News

“My name is John Ramsey and I’m a grateful believer in Jesus. A user and abuser of my past life. A drug addict and alcoholic for 40 years. That’s what John Ramsey knew how to do. But God and I know how to stay clean and sober. You know how I know? I’m four years clean and sober,” Ramsey said.

A native Houstonian and resident of Groves, Ramsey, 62, spent a majority of his life addicted to alcohol and drugs. His drug of choice was cocaine although he admits he tried methamphetamine and other illegal drugs to obtain a high. 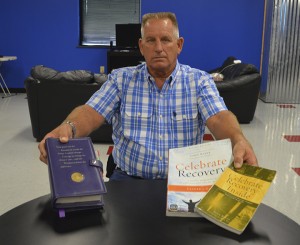 His journey to sobriety and recovery has been long and several times along the way he stumbled and fell. He has spent time in prison, lost his family and his job.

But God had other plans for Ramsey as he is quick to tell.

“I was a certified heavy equipment operator, superintendent on job sites and a contractor. I could make so much money. How can you tell someone bringing home $4,000 a week they’re out of control?” he said.

His addiction became all consuming to where for more than a decade he was unable to hold a job.

“Then I created the criminal element in my life and became a thief,” he said.

But even as a thief Ramsey had standards. He didn’t steal from individuals; instead he opted for “mega-millionaires” and stole from places like Lowe’s, Home Depot, Palais Royal, Sears — to pay for his drugs.

A little bit of drug wasn’t enough for an addict.

“As you use drugs it loses its pizzazz, potency. You climb the ladder looking for a better high,” he said. “Addicts and alcoholics seek instant gratification. Nothing like working all day and feeding your addiction.”

The truth, he said, was that he was the sickest person on the block.

“I couldn’t keep employment so I became a thief,” he said. “I divorced the mother of my children, destroyed all of our lives in some respect.”

Ramsey hit rock bottom many times and had two failed attempts. So when he called George Morris of Jump Start Sober Living Facility in Port Arthur wanting to try again, Morris gave him provisions for his third trip to the facility.

“There are some sanctions you will live under,” Morris told Ramsey. “You will make 90 meetings in 90 days. You will get a sponsor and you will go through the 12 steps completely and thoroughly.”

The third time was charm. Ramsey called it ‘life changing.’ The solution takes place in the 12 steps but you don’t get there without doing your part.

“The 12 steps is a spiritual program,” he said. “it’s simply a program but it’s not easy and takes a lot of diligence on your part. It’s not about sobriety; sobriety is the abstinence of alcohol and drugs. It’s about recovery, all the resentments and all the amends you need to make. Alcohol and drugs were only part of my problem. I was self-centered; I had issues. I was tore up from the floor up. Any ol’ anything to get you high. If not cocaine then I’d drink, if I didn’t drink I’d do cocaine. It’s a vicious cycle.”

Ramsey followed the steps and the rules and cut ties with the old self. Today, he is clean and sober for four years.

Before he found sobriety and recovery Ramsey spent nine months in jail in 2000, 10 months in 2004 and eight months in 2007 for theft charges that were enhanced to felonies. When he was clean for about a year-and-a-half he found First Baptist Church-Groves and after about even months at the church he had to face an old felony warrant and a no nonsense judge. The judge gave him time to speak his case but that wasn’t enough. He was sentenced to 20 months in prison.

Then God stepped in. He ended up spending 17 days at Larry Gist State Jail where he taught Bible classes and AA classes before he was sent back to the court where several men of the church were and in walked the judge. After a talk the sentence was changed to five years probation; he only had to serve two of those years.

Ramsey’s main mode of transportation for a while was bicycle and with new found sobriety and recovery he pedaled to construction jobs and worked on homes. He even rode his bike pulling his golf clubs across town to Babe Zaharias Gulf Course, he said.

Twenty-seven months into his sobriety Ramsey saw a new blessing in the form of an affordable home to rent. He also was able to have his driver’s license reinstated after a huge surcharge was dismissed.

About three years into his sobriety some men of God from his church helped him with transportation. 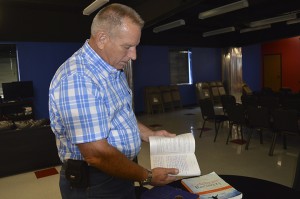 John Ramsey scrolls through his copy of Celebrate Recovery Inside.
Mary Meaux/The News

The fifth step in AA’s 12 step program — admitting “to God, ourselves and to another human being the exact nature of our wrongs” was healing.

“I cried,” he said. “Fifty-seven years of insanity. Why, I asked God, did you let me go so far and for so long and God said ‘John, people die everyday never knowing me.’ And I said thank you father. I wouldn’t be the man I was predestined to be if I didn’t go through all of this.”

Ramsey now has a relationship with his daughters and is committed to his sobriety and recovery and of helping others in their journey. He also has a nice home, a vehicle and his own business called Kingdom Builders Construction.

He looked down at the books spread on the table in front of him and flipped though a well-worn copy of Celebrate Recovery Inside.

“AA is the founder of the solution to alcoholics and addicts. AA is a solution, the other (Celebrate Recovery books) is enhanced spiritual solution,” he said. “With 12 steps I became spiritually fit. I go to church to be spiritually mature, so I may experience my predestined destination.”

Ramsey is working with pastors at First Baptist Church-Groves in hopes to have a Celebrate Recovery program open to the public in October.

Ramsey hopes to have the Celebrate Recovery program open to the public by October.