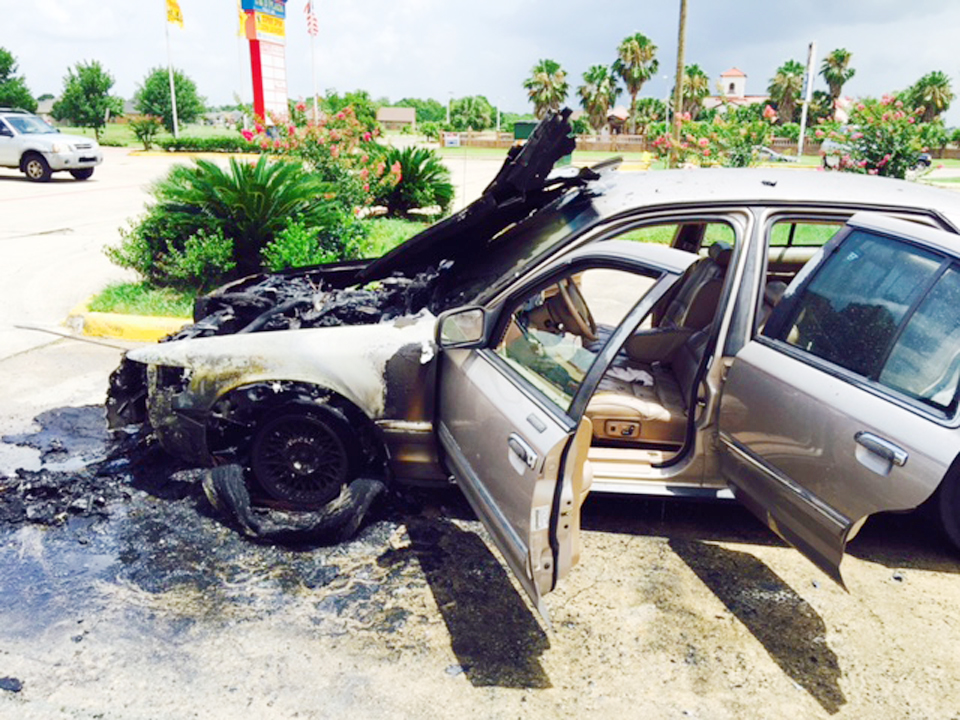 Business owners and bystanders acted quickly when a Port Arthur man drove his burning car into the parking lot in front of Master Donuts at 7765 Ninth Ave. Wednesday afternoon.

The man, who did not want his name in the news, said he was driving down Jimmy Johnson Boulevard when the car “started blazing” from underneath the hood. He said he pulled into the parking lot at the corner of Jimmy Johnson and Ninth Avenue, parked and ran into Master Donuts to find a fire extinguisher. 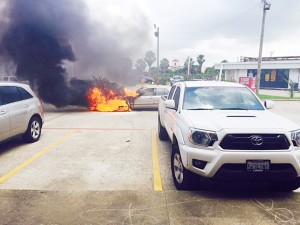 “They gave me their fire extinguisher and I used that whole thing up before the (Port Arthur Fire Department) got here,” the man said, trying to light a cigarette in the parking lot Wednesday while Port Arthur firefighters peeled back the hood of his girlfriend’s car and doused the flames starting at the engine compartment.

The man’s girlfriend and her two children were at the scene Wednesday, but no one would say who all was in the car when it started burning.

“It’s my girl’s car, but it could’ve happened to anybody, man. Sometimes these things just happen,” the driver said, turning to talk to his girlfriend’s children. “It could’ve happened when I was driving or when your mom was driving. It’s one of those crazy things you hear about sometimes.”

The driver said “we’re all OK,” adding the help from others in the shopping center may have saved his life.

“I saw the car pull in on fire and called 9-1-1. They ran in here and asked for our fire extinguisher. I’m just glad this happened before we closed for the day, so at least we were here to help,” Chan Chhay, owner of Master Donuts, said.

Port Arthur native Gerald Harris said he was in the shopping center when he saw the burning car roll into the parking lot.

“I made sure everyone was out before I ran and got a fire extinguisher,” Harris said. “We were all just trying to stop those flames while we waited for help. I’m just happy everyone is OK.”