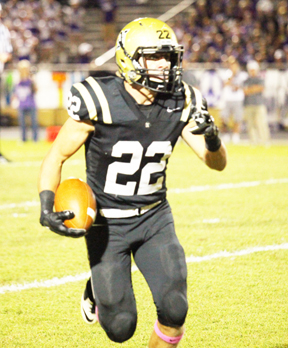 By Gabriel Pruett
The News Sports Writer
NEDERLAND — Call Larry Neumann a dinosaur and he will not argue with you.
The Nederland football coach has seen almost every scenario a man can see when it comes to preseason selections.
His Bulldogs have been picked first and been predicted to finish outside the playoffs in the past. Nederland has both surprised the so-called experts and also let down fans.
So when Dave Campbell’s Texas Football comes out each year Neumann, who is in his 23rd year at Nederland, knows conversations start up about where teams are predicted to finish at the end of the year.
“I don’t even get the magazine anymore,” Neumann said. “I know it gets everyone focused on football though this time of year. It rite of fall each year.”
Nederland has been selected as the second best team in District 22-5A in 2015, right behind rival Port Neches-Groves.
“PN-G being No. 1 seems very logical,” Neumann said. “That doesn’t surprise me one bit. Beaumont Central should also be pretty high up the list. For us to be second, that is also a surprise to me.”
Nederland returns four starters on offense in 2015.
Austin Krautz is the most talked about returning Nederland starter on offense after a very productive junior year.
Krautz ran for 1,153 yards, hauled in a team-high 41 catches for 517 and scored an amazing 25 touchdowns.
The Bulldogs for the third consecutive season start the year with a first-year quarterback after the graudation of Sage Seay.
Mitchell LeBaron has been named the starter for Neumann’s Bulldogs. The last returning starting quarterback for Nederland was Carson Raines who was under center in both 2011 and 2012.
“Mitchell is our starter going into the season,” Neumann said. “He will have the same expectations on him as Sage had last year and that is to command our offense. Mitchell has a quality arm and has started to become comfortable with the people around him. We feel good about Mitchell being our guy.”
LeBaron was the backup quarterback last year yet did not attempt a pass as Bret Smith was the guy brought in behind Seay.
Nederland’s offense churned out 412.4 yards per game in 2014 while the defense allowed 356.3. The Bulldogs scored an average of 37.4 points a game and gave up 30.8 per contest.
Safeties Tavian Mayfield and Peyton Devries lead the young defense which only returns three starters.
Despite any numbers and expectations, Neumann is smart enough to know games are won on the field.
“We all still have to play 48 minutes,” Neumann said. “Nobody comes up to you after the games with the magazine in their hands saying if it said you should have won or lost. The kids love it for the conversation it brings but it isn’t something we grind our teeth on.”