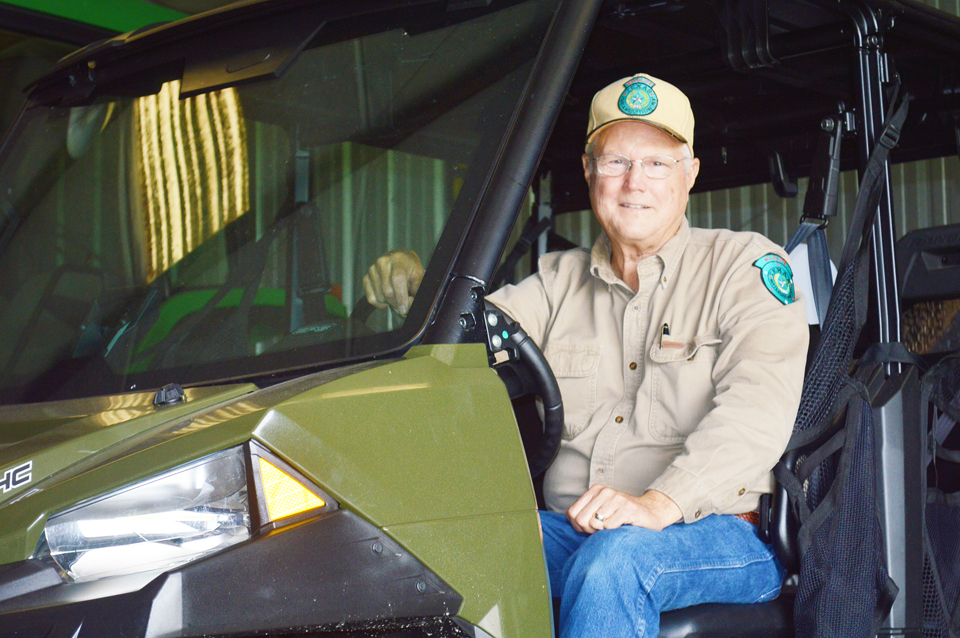 Jim Sutherlin first connected to the Southeast Texas marshes as a teenager.

The Port Arthur native got a hunting license at 16 and started entering the J.D. Murphree Wildlife Management Area off Texas 73 in the 1960s. Sutherlin says he’s always been an “avid waterfowl hunter,” but his main target has always been ducks. The coastal wetlands at J.D. Murphree were his wading grounds until he ventured off to Texas A&M, where he graduated with a wildlife management degree in 1975.

“As a teenager coming to hunt in the marshes, I decided this was what I wanted to do when I grew up. It took me a while to get the job, but I made it,” Sutherlin, now 62, said Thursday.

When he first graduated from A&M, Sutherlin went to work in Southwest Louisiana as a hunting guide. He trapped furs and “worked the marshes” like he’d seen the J.D. Murphree employees maintain their wetlands. He moved back to Texas in the ’80s and worked construction for eight years to support his family.

Sutherlin said the eight-year break sustained his family, but his heart stayed in the marshes while his body worked long hours at construction sites. When the economy stabilized, he went back to his wading boots — joining Texas Parks & Wildlife as the area manager for the J.D. Murphree Wildlife Management Area in 1990. His title now includes Texas Parks & Wildlife Upper Coast Wetland Ecosystem Project leader.

In his 25 years with Texas Parks & Wildlife, Sutherlin has been a quintessential advocate for Southeast Texas wetlands — partnering with government agencies, nonprofits, the oil and petrochemical industry, and private landowners to protect and increase coastal marshes and their wildlife.

Sutherlin said “it’s been a good ride,” but it’s time he says goodbye to the marshes once more. He will retire from his post on June 30, leaving his home turf in the hands of a “younger, more spirited” Texas Parks & Wildlife employee.

When Sutherlin became area manager in 1990, he said, the J.D. Murphree Wildlife Management Area covered 11,000 acres of Southeast Texas. During his 25-year tenure, Sutherlin said, the Murphree area has expanded to cover 24,500 acres of coastal wetlands.

“We do a lot of public hunting, research, weather restoration,” Sutherlin said in his office Thursday. “We support and provide guidance to our industrial and private neighbors to protect and grow the marshlands in this area. We work to address the bigger problems of this region with coastal erosion.

“The storms — and when I say storms, I’m referring to Rita and to Ike — made more people, especially our community leadership understand how important the marshes are to protecting the area, our homes and our industry. We actually partner with our industry and local landowners to protect this area, which serves not just to benefit the marsh but in turn protects them. Our purpose is different, but it all fits hand in glove.”

“We work together to combat erosion on the Intracoastal Waterway and the wetland loss from man-made changes over the last 100-plus years,” he said. “To that end, we’re dedicated to the Salt Bayou Watershed Restoration Plan. We’re hoping to find funding for beach restoration in Jefferson County. 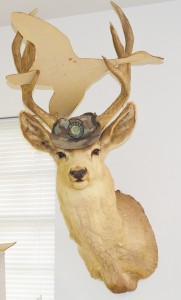 Sutherlin said J.D. Murphree is predominantly a research and demonstration area, but the marshlands support public hunting and fishing while providing migrating birds plentiful feeding grounds in the winter.

“This is a very important place for continental migration for ducks, geese, waterfowl, shore fowl, hawks, falcons — all the birds flying south either stop here to stay for the winter or rest here before continuing their journey farther south,” he said. “We manage the Murphree area to provide as much wintertime food for these birds as possible. We want them to fly home fat and happy, ready to reproduce and continue the population.”

Sutherlin said burning the marshes is the most efficient form of managing the land to benefit not just the marshes but the animals that call the wetlands home.

“It’s inefficient and impractical to use a mower on 24,000 acres. But prescribed burning, or prescription burning, promotes seed production — it’s part of how we feed all the birds that migrate here in the winter — and it clears out the dead thrash,” Sutherlin, who’s served as the “burn boss” during his 25-year tenure, said.

“It’s exhilarating to be a part of,” he added. “You get an adrenaline rush when you’re standing beside a fire taller than our buildings. Prescription burning uses fire to fight fire, because when they meet in the middle the fires go out. It’s not rocket science. It’s a chess match.”

Sutherlin works with a team of four technicians and three biologists to monitor the land and and its wildlife. The team monitors the public hunting season from September to January.

“We pride ourselves on the quality of our waterfowl — hunters mainly come in for our ducks,” Sutherlin said. “Our alligators are really popular — about 150 hunters each season — but alligator season is only 20 days long in September. There aren’t many places the public can get drawn in to hunt alligators. This is one of them.”

Sutherlin said when he retires at the end of the month, he’ll probably take a long break from the marshes he’s loved all his life.

“I’ve hunted most of my life, and I’ve had the opportunity to go on some premiere hunts. But I’m not looking for another job,” he said, laughing. “I’m not saying I won’t come hunt at all, but it won’t be my first priority. It’s time to let the younger hunters with more energy come in and take advantage of the waterfowl we have here.”

Sutherlin said apart from the marsh, he’ll probably miss his barn full of “toys” the most.

The J.D. Murphree Wildlife Management Area barn protects the agency’s inboard and outboard motor boats, a fleet of airboats, ATVs equipped with tracks over their tires and a Marsh Master, what Sutherlin described as “one of the most sophisticated marsh buggies ever invented.”

“I’m sad to give up all my toys,” Sutherlin said, laughing. “And I’m going to miss my staff. We have a good, congruent team. I’ll stay in touch with them, but I’m not going to get in their stew. That’s not who I am.”

“I plan on doing some traveling with my wife, Lynne,” he said. “We’ve always wanted to go to Europe, but visiting friends around the U.S. will take priority. There are some trips we’d like to make, but I’ll always come back here.

“I’m going to retire to my home in Port Arthur and see if I can’t make my tomatoes produce, keep my labrador ready and my wife happy — not necessarily in that order,” he added, laughing. “It’s been a good ride. Now it’s time for me to step through that door and keep on walking.”