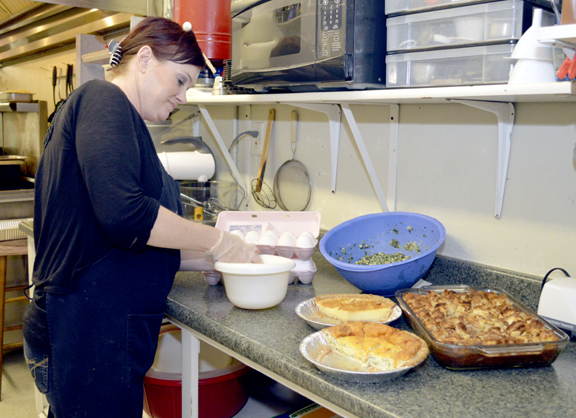 A disruption in the nation’s egg supply due to to the avian flu has led to higher than normal prices and in some cases limitations on purchases.

“The avian flu this year has impacted a significant portion of the egg laying population in the United States (over 30 million birds). This temporary constriction in the US market has caused an increase in price and shortage in availability of eggs, Salas said. “ H-E-B works hard to absorb price increases and to level out the volatility in the commodity market for our customers.  H-E-B’s egg procurement team is monitoring the situation closely; we understand the importance of this product to all customers and take market availability matters seriously.”

A spokesperson at Market Basket said they have not limited egg purchases.

Karen Theis, owner of the Courtyard Cafe in Groves, had some sticker shock when she went shopping a few days ago. First she noticed the limits then she noticed the $1 hike per carton of jumbo eggs.

“I realize, for a family it’s like, oh my, a dollar more, but if you use four to five dozen a day that adds up,” Theis said. Theis was unaware of the limits on commercial sales at H.E.B. at the time of the interview. “It’s a lot to absorb for a business.”

The eatery uses eggs in many items from potato salad and tuna salad to whole boiled eggs for salads to eggs in cakes.

“We use six eggs in the spinach quiche, six in the buttermilk pie and 12 in bread pudding,” she said.
Where once she shopped for eggs a bit more sporadically now she buys them daily and has learned to shop around at different businesses.

She’s also hoping to not have to pass the cost increase on to her customers.

Nguyen said the cost of eggs has increased and her vendor told her that they are no longer able to sell to businesses that are shopping around for eggs.

“But we’re still keeping the same prices. I can’t imagine the bacon, egg and cheese sandwich going up another dollar, that’s be crazy,” Nguyen said.

Both Nguyen and Theis use fresh eggs and fresh eggs do make a difference in quality when making desserts.

“The lady (vendor) was telling us she had some in stock. I said we only use fresh eggs,” Nguyen said. “One of our employees read somewhere that you can use a banana instead of eggs. No way, I’m not going to do that. Substitute a banana for eggs?”

The U.S. Department of Agriculture Egg Market News report shows increases in the cost of eggs across the U.S. and a fourth quarter 2015 prediction the cost of Grade A large eggs to cost between $1.73 to $1.87.

Nationwide, more than 47 million chickens and turkeys have been killed in the past six months because of bird flu or are set to be culled to prevent the spread of the disease. Most are hens in Iowa, the top U.S. egg-producing state, according to Reuters news agency.
E-mail: mary.meaux@panews.com
Twitter: MaryMeauxPANews