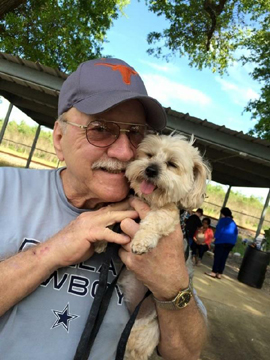 Services are scheduled for a Port Arthur man who died along with his beloved dog after being trapped inside his vehicle on Monday.
James Lee Rogers, 72, of Port Arthur, passed away with his canine companion “Baby Girl” Leia, on Monday, June 8. Rogers and his pet were found deceased inside his 2007 Corvette parked at the Waffle House at 2940 Jimmy Johnson Blvd.
Police believe there was an electronic malfunction with the vehicle and the man was unable to get out and likely succumbed from the heat. He had left his cell phone inside the restaurant when he went to his car.
Rogers was a 1961 graduate of Thomas Jefferson High School and retired operator and was a U.S. Army veteran.
Funeral services will be at 7 p.m., Thursday, June 11 at Levingston Funeral Home in Groves with The Rev. D. Stephen McCrate officiating.
A visitation for family and friends will be held on Thursday evening from 5 to 7 p.m. at the funeral home, according to obituary information.