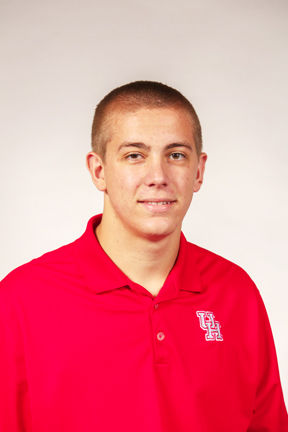 By Gabriel Pruett
The News Sports Writer
BRIDGE CITY — Jake Lemoine turned down his childhood dream once before, he was not about to do it again.
Lemoine was drafted Tuesday by the Texas Rangers in the fourth round of the MLB Draft with the 108th pick.
Lemoine, a right-handed junior at the University of Houston from Bridge City, grew up loving the Texas Rangers and after his Cardinals graduation he was selected by the team in the 21st round.
It was an easy decision to head to college, just as simple as the choice he had to make Tuesday.
“The offer from the Rangers was nowhere near what it needed to be out of high school,” Lemoine said. “This year’s decision was just as easy. My pro career starts when they call and tell me where I am flying to in the near future.”

Lemoine was with his family Tuesday watching the draft unfold. The fourth round started with Arizona taking Breckin Williams.
“I got a text from my advisor saying ‘Here it comes,’” Lemoine said. “Colorado had the pick so I thought I might be headed to the Rockies but saw Texas was next.”
Colorado took University of San Diego pitcher David Hill and soon Lemoine saw a familiar name pop up on the draft board, his very own.
“I hugged my family right away,” Lemoine said. “I had no warning and it was the greatest surprise of my life. Words cannot describe what this day means to me. If you would have told me when I was 11 or 12 I would one day be a part of the Rangers organization, I would never believe you.”
Lemoine had outstanding numbers while a member of the Houston Cougars pitching staff.
He went 7-4 as a freshman with a 3.49 ERA and 45 strikeouts in 69.2 innings.
His got even better as a sophomore and went 6-8 with a 2.87 ERA and 87 strike outs, a team high. His junior year in 2015 did not go the way he planned.
He was benched with a shoulder injury after only five starts. He was 1-1 at the time with 4.50 ERA and 15 strike outs in 24 innings. He was named to the Baseball Golden Spikes 50-players to Watch List before the season and was a second team Baseball America All-American.
Lemoine pitched for Team USA in 2014 and was 2-2 with a 2.45 and 15 strike outs in 18.1 innings.
A video found on mlb.com said Lemoine could have been one of the first pitchers taken if not for the injury in 2015. The video added he can hit 97 MPH with his fastball and needs to work on his command.
His decision to go to college gave Lemoine the opportunity to grow, in two ways. Lemoine stands 6-feet, 5-inches tall and weights 220 pounds. His size makes him attractive to pro teams and his mental side of the game has improved since his Bridge City days.
“I learned how to pitch to batters,” Lemoine said. “I was able to mature during college from where I was in high school. I learned to pitch to a batter’s weakness and to understand who is at the plate.
“I also gained about 30 pounds and grew two inches. I am not sure the next step. Texas called and congratulated me and now I will hear back from them soon and they will tell me the next move. Right now, I am just living in the moment with friends and family.”