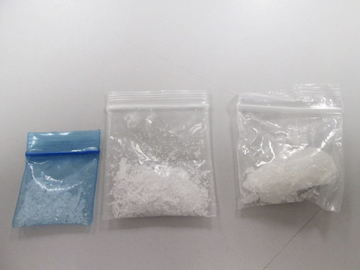 Port Neches Police arrested a Groves man after a traffic stop who was reportedly in possession of the baggies of methamphetamine and two loaded syringes of an unknown substance in the 700 block of Magnolia shortly after midnight Thursday.

PORT NECHES — A Groves man is charged with possession of methamphetamine following a traffic stop in Port Neches on Thursday.
Port Neches Police Officer Aaron Harrell stopped a vehicle for a traffic violation at 12:47 a.m. June 4 in the 700 block of Magnolia Avenue and noticed a passenger acting extremely nervous and requested consent to search the vehicle, according to a press release from the PNPD.
The driver and owner of the vehicle consented to a search of the vehicle and officers recovered three baggies of methamphetamine and two loaded syringes of an unknown substance, that were reportedly claimed by the passenger.
The passenger, 21-year-old Groves resident, was arrested for possession of a controlled substance. Additional charges are pending lab results on the syringes.