Martin gets nomination to All-American game 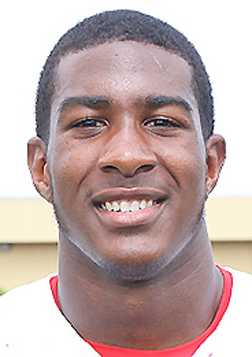 Kameron Martin has been nominated to play in the 2016 U.S. Army All American game.

By Gabriel Pruett
The News Sports Writer
It has been a very busy and exciting couple of months for Port Arthur Memorial junior Kameron Martin.
First, Martin won gold as part of the Titans 4×200-meter relay team two weeks ago and contributed in a big way to Memorial taking home a second place finish in the team awards.
The Baylor commit now has a new honor to smile about before heading into the summer.
Martin on Friday learned he has been nominated to play in the 2016 U.S. Army All-American Game which features the country’s best high school seniors.
“It is a blessing,” Martin said. “All God has been doing is blessing me with these things in my life.”
Martin said his nomination came after the junior has hit the roads over the years to 12 different football camps. The furthest camp Martin has been to so far was in San Antonio.
“I went to the U.S. Army camp twice,” Martin said. “It would be an honor to play in the game. It would be great for me because my grandfather is a U.S. Army veteran plus Jamaal Charles played in the game.
“I am so proud of all the things happening here at Memorial. We have all been able to promote the school. I want to get back on the field right now after how last year ended. I am ready.”
Martin and the Titans went 3-7 in 2014. He rushed for 903 yards and 17 touchdowns.