Steering from homelessness to job security 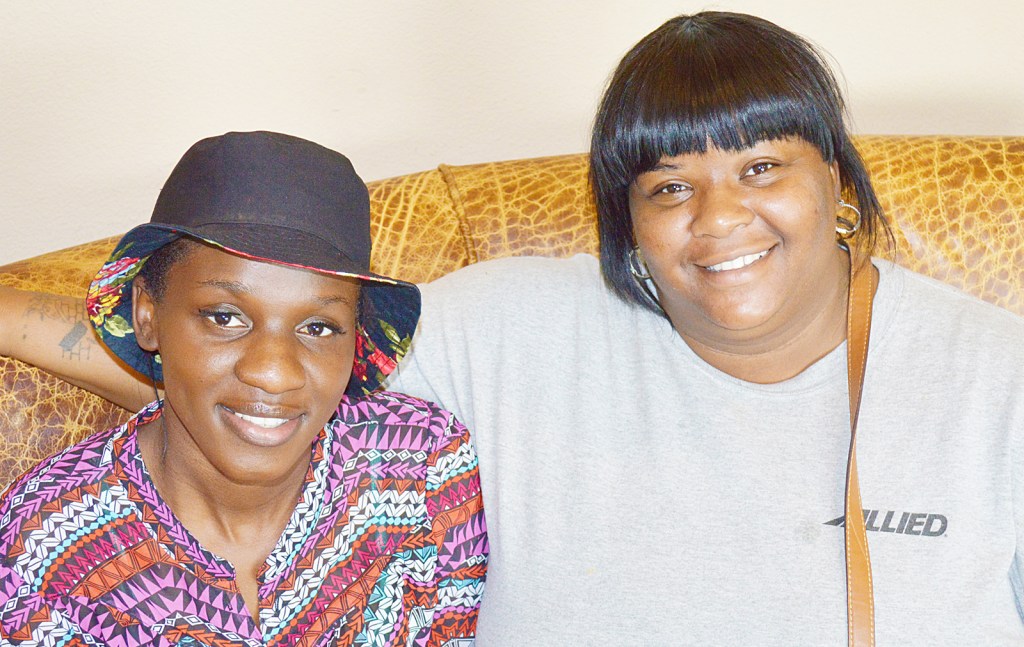 Tisha Armstead said she’s used to meeting residents who have “been through hell and back.”

But rather than turn them away, the Port Arthur Public Housing resident opportunity self-sufficiency coordinator said, she constantly looks for opportunities to bring in to Lakeview Palm Apartments — the only public housing complex still open in Port Arthur after Carver Terrace shut down in 2013.

To combat the unemployment and low-paying part-time work that plagues many of her residents, Tisha said she brings in speakers from organizations like the Texas Workforce Commission and steers her residents toward job fairs and public assistance meetings. She said she often finds herself wedging notices with upcoming opportunities into apartment doors.

Cynthia Martin, 30, and Lynette Kirk, 29, said they came home to find an intriguing notice in their doors last fall — Lamar State College-Port Arthur would be starting a commercial drivers license course in the spring, and the Port Arthur Economic Development Corporation would be supplying $1,500 grants to 20 Port Arthur residents in need of assistance.

Cynthia and Lynette said they aren’t ashamed of where they live now — or the circumstances that brought them to Lakeview Palm — but they do wish to make it out. They are two of the three women enrolled in Lamar-Port Arthur’s first CDL course, which started Jan. 16 and will end next week.

Tisha said she admires Cynthia and Lynette. “They’ve been through unreal things,” she said, and now they’re learning to command buses and dump trucks — on loan from the Port Arthur Independent School District and the city of Port Arthur — effectively “going from homelessness to making $40,000 a year as professional drivers. Stories like that just make you say, ‘Wow.’”

Cynthia, a mother of three children 13 and younger, said she moved into Lakeview Palm from her hometown — but not her home — of Beaumont three years ago. She said life got tough in the ninth grade. She got pregnant at 16 and had to find a job at 17 to take care of her baby girl. She dropped out of high school to work and moved around.

“That was a long road for me,” she said. “At the time, I thought, ‘I’ve got a baby. I’m working. I’m grown.’ So I just dropped out. Moving around from place to place, I had another child — a son. But God allowed me to get my own place after that. I moved into Region I apartments in Beaumont, and there was a woman there who encouraged me to take classes so I could graduate high school.

“I got my high school diploma when I was 25 or 26, but I was still making a lot of bad choices — moving place to place and even some drug abuse. I had another son. No one would take me in. I couldn’t rent anywhere. I was tired and decided I had to take responsibility for my life. I put myself in a shelter in Beaumont.”

Cynthia said her sister called her at the shelter one day and told her about Lakeview Palm. Cynthia said she thought about renting again but didn’t want to get her hopes up on having a place of her own.

“I called and asked the manager to check into everything about me — my background, history, everything they could find,” she said. “I didn’t want to come turn in an application and there be something about my past that immediately ruled me out. The manager called later and said I wouldn’t get turned away. Port Arthur Housing was the only place that would take me in. I will never forget that.”

Cynthia said when she found Tisha’s notice about the CDL program, she knew it was “an opportunity for a life change.” Her part-time inventory and packing job isn’t cutting it for her family, which now includes her husband of two months, Roland.

“I’ve been trying to better myself since I moved in here,” she said. “My two older children have lived with their father in Houston since 2010, but my youngest son lives with me. The part-time job that I work, it’s working only to get by — and barely.

“I’m tired of struggling. I’m looking to build a life for myself and my family, and to become a homeowner. I know with this course, I’ll be able to save — not just be penny pinching all the time, but be a homeowner like I’ve always dreamed. I’m thankful to God for the opportunity to better myself as an individual and as a woman, and I’m forever grateful to the EDC and to Lamar-Port Arthur.”

Cynthia said taking the course has given her hope — and a fighting chance — at the life she’s always dreamed for herself and her family. She said she’s determined to accomplish her goals of becoming a homeowner and opening her own drug impact counseling practice in Port Arthur.

Lynette, a mother of four children 9 and younger, said she came to Lakeview Palm after spending some time as a squatter when the old Carver Terrace complex shut down.

“I’m not working now, so when Mrs. Tisha put letters on our doors about the class, I knew I had to take advantage of it,” she said. “I want to survive. When I finish this class, I want to be able to support my kids. I spent seven months away from them in state jail on theft charges. I did things I wasn’t proud of. I looked at life like I could just take what I wanted.

“I got out in 2012 and went to Carver Terrace with my kids. When everyone else got their vouchers and moved,” she added, starting to cry, “we were one of four or five other families left. They just left us. We spent Christmas there.”

Lynette stopped, covering her face with her hands for a moment before smearing tears across her cheeks. She said she and her children were left in Carver Terrace with nothing but mold in the apartment.

“We just survived,” she added. “I went to get a voucher like everyone else, and they denied me because of my background. The voucher meant you could live anywhere and they would change your rent based on how much money you made. But I figured if I wasn’t good enough to get a voucher, they wouldn’t take me in over here (at Lakeview Palm).

“There was a lady that worked over here, and she would come by Carver Terrace after everyone left. The manager at Carver Terrace never came back to check on us, to see why we were still there. They all assumed since we were living over there, we were on drugs. Since I had my first kid in 2005, I haven’t done any drugs. I was ready to work but no one would have me.”

Lynette said the woman from Lakeview Palm told her to put in an application. She used her check Carver Terrace had given all the families and bought bunk beds for her children. She said she wanted them to have something new and just for them in the new apartment.

“God put me in a good place,” she said. “My kids’ school is right there, and I got Mrs. Tisha. She has programs to help me better myself. But you’ve got to apply yourself — just like this driving class. You’ve got to work hard, and you’ve got to want it. I’m determined to have a successful life for my kids.

“My momma was old-fashioned. She was always said, ‘Once you get a diploma, you can make it.’ But I got pregnant, like, right after I graduated high school. I wish I’d had a parent to say, ‘You need to get a job and make sure you’re on birth control while you’re working up.’ My momma didn’t say nothing about birth control.

“But that’s why I can teach my children. I learned a lot of things the hard way, but at least now I can help educate them. I want to counsel kids — maybe start an intervention program. I want everyone to know even if you make mistakes, you can still accomplish your goals. But if you do make mistakes, there are consequences. I’m just tired of making mistakes.”

Weekend Ticket: LSC-PA to host Seahawks on the Seawall